Thirteen years after he left Davidson College to enter the NBA Draft, Steph Curry graduated Sunday with his bachelor's degree.

According to the college, the Golden State Warriors star received his degree after leaving a year early to pursue his professional basketball career. 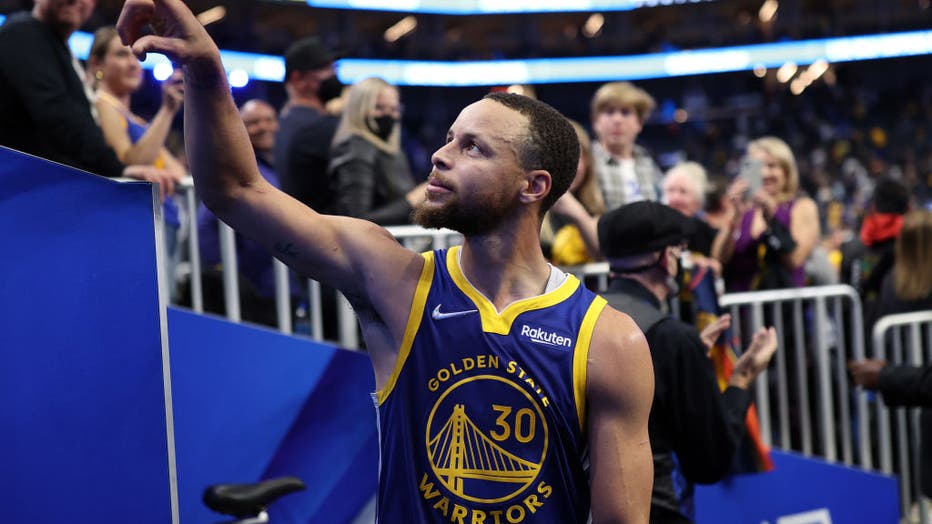 SAN FRANCISCO, CALIFORNIA - MAY 13: Stephen Curry #30 of the Golden State Warriors celebrates a 110-96 win against the Memphis Grizzlies after Game Six of the 2022 NBA Playoffs Western Conference Semifinals at Chase Center on May 13, 2022 in San Fran

"Stephen Curry has on many occasions emphasized the importance of education, how much he valued his Davidson College experience and that he is committed to earning his degree," Davidson College said in a statement. "He needed to complete one semester of classwork. He re-enrolled at Davidson College for the spring semester and worked with two members of the Davidson faculty, a Stanford University professor and a UC Santa Cruz professor who taught Stephen when both were at Davidson."

Curry will receive a Bachelor of Arts degree with a major in sociology. Though he won't be attending Sunday's commencement ceremony, the college said he will be presented his diploma on campus at a later date.

The Warriors tweeted congratulations to Curry along with a picture of him with a cap and gown, sporting a Davidson jersey underneath.

The Warriors are gearing up for the NBA’s Western Conference Finals, scheduled to start Wednesday, May 18.