Michael Jordan was moments away from hoisting his third of what would become five NBA Most Valuable Player awards, and then-Commissioner David Stern greeted him at the midcourt ceremony with words that were both simple and profound.

"You are simply the standard," Stern said that night in 1992, "by which basketball excellence is measured."

The NBA MVP award has been renamed The Michael Jordan Trophy, the league announced Tuesday. Jordan is a five-time MVP so he has five trophies named for Maurice Podoloff — the league’s first commissioner. But after six decades of the award bearing Podoloff’s name, the NBA decided the time was right to rebrand.

The Jordan trophy will stand 23.6 inches tall and weigh 23.6 pounds -- nods to his jersey number and six NBA titles with the Chicago Bulls -- but is not a depiction of him. The chairman of the Charlotte Hornets approved the design, one that symbolizes someone reaching for excellence, but did not want the statue to be of himself. He also declined a request for comment through the NBA.

"Anybody should be able to see this and see themselves in it," said Mark Smith, a longtime designer at Jordan Brand and the person who oversaw the trophy’s design. "They should feel the excellence of Michael Jordan and his pursuit. It’s got his name on it, but it isn’t him. It’s everybody. It could be a shipbuilder or it could be a teacher or a lawyer or a writer who looks at it and says, ‘That’s what I’m trying to do.’" 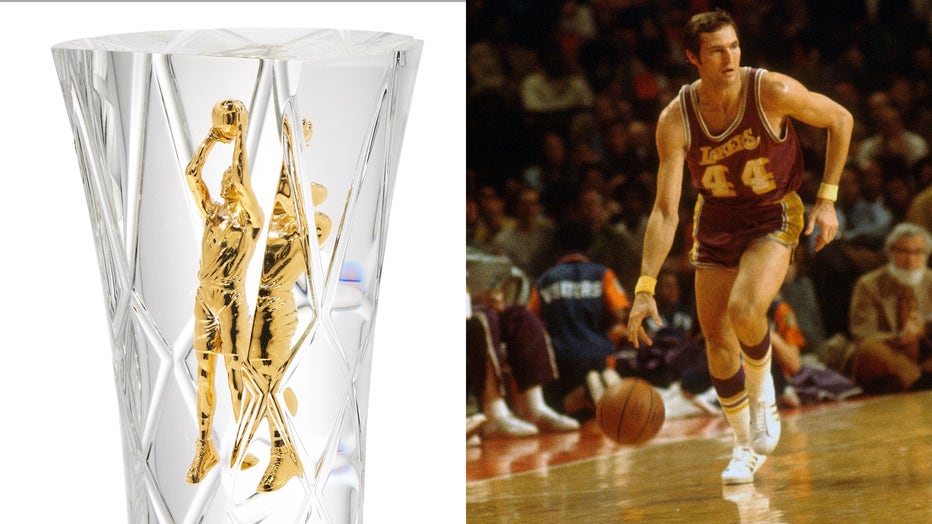 The league has rebranded almost all its trophies in the last two seasons, even adding some new ones. As part of Tuesday’s announcement, the league revealed that The Jerry West Award is being introduced and will be given to the NBA Clutch Player of the Year — which, like almost all other league awards, will be voted on by a media panel. NBA coaches will nominate players for the clutch award. 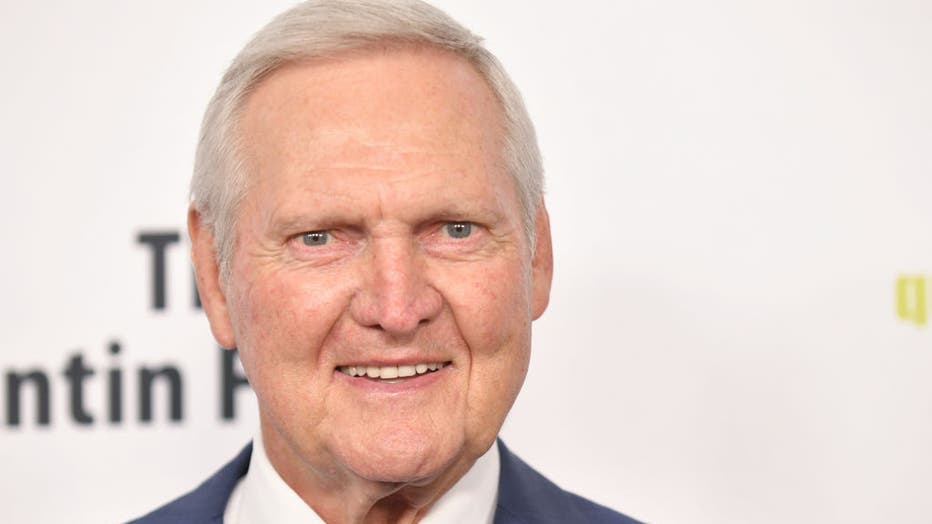 "Our new collection of trophies celebrates some of the greatest and most impactful players in the history of the NBA," NBA Commissioner Adam Silver said. "As we recognize the league’s top performers each season, we also pay tribute to the legends who embody these prestigious awards."

It became evident last week that something was changing about the MVP trophy when the NBA said Podoloff’s name was going onto a new prize -- a trophy that will go to the team with the best regular season record.

The MVP trophy has many levels of numerical significance related to Jordan, besides its height and weight. It has a five-sided base, a tribute to his five MVP awards. The name badge is six-sided, one for each of his championships. The base is shaped at a 15-degree angle; he played 15 NBA seasons.

"I’m always going to numbers and symbology as key root DNA to make something specific and authentic for that person," Smith said. "When you start putting all these things together, there’s only one person and it becomes very unique. Not different, but very unique."

Jordan was involved at every step of the design process, Smith said. The final product was a bronze trophy depicting a player "breaking out of a rock to reach for the ultimate rock — a crystal basketball," the league said. The trophy becomes more refined closer to the top, meant to show how hard work leads to something more polished and finally something great.

Smith said he fully expects to be emotional when he sees the new trophy awarded for the first time this spring.

"This is actually the highest achievement for a single player ... and it’s mind-blowing," Smith said. "It’ll be a mind-blower."

Other trophies renamed or reimagined in the last year or so include ones named for Joe Dumars (sportsmanship), Red Auerbach (coach of the year), the Kobe Bryant All-Star MVP award — along with the Larry O’Brien Trophy for the NBA champions and the Bill Russell NBA Finals MVP trophy.