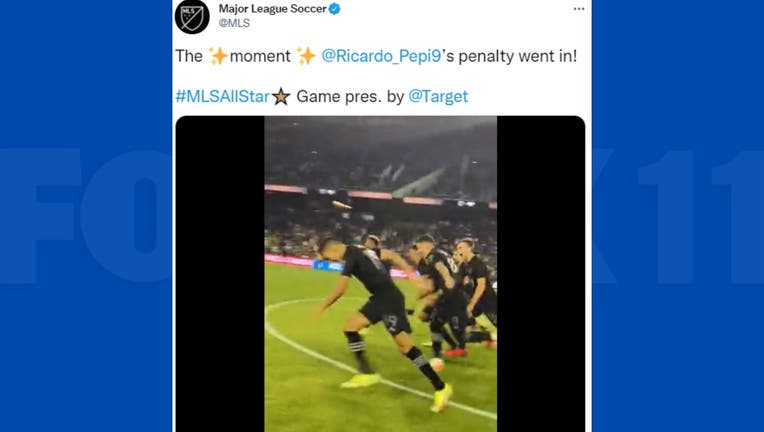 The MLS team won the shootout 3-2 after finishing regulation tied 1-1.

Liga MX MVP Jonathan Rodríguez scored in the 20th minute of regular time, and Jesús Murillo evened it on a header off a cross from Los Angeles FC teammate Eduard Atuesta early in the second half.

The penalty shootout was a thriller: Turner won the game’s MVP award by stopping shots by Rogelio Funes Mori and Salvador Reyes, and Pepi — an 18-year-old Mexican-American prodigy from Texas — finally ended it on MLS’ fifth attempt.

The goal wrapped up an entertaining evening for the All-Star teams representing North America’s two biggest soccer leagues at Los Angeles FC’s sold-out Banc of California Stadium in the heart of a cosmopolitan city with a vibrant Mexican flavor.

The first-ever matchup of these leagues’ top players in MLS’ midseason showcase was the latest step in the increasingly close ties between U.S./Canadian league and Mexico’s top division. The leagues already hold two team cup competitions with hopes for even more interleague play, and both leagues agree a full merger is a real possibility in the coming years.