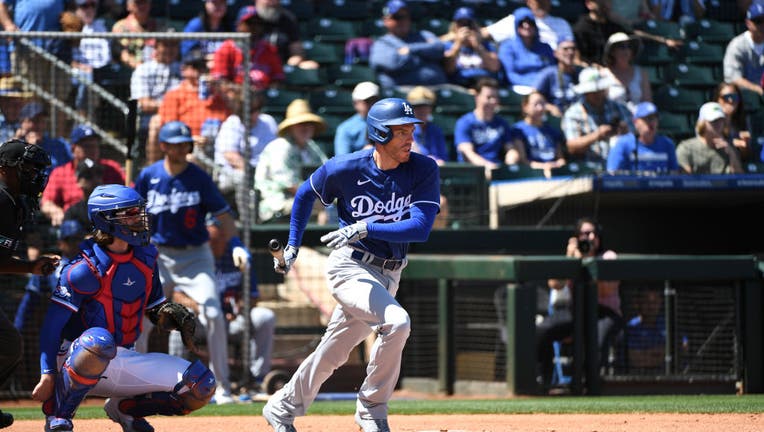 SURPRISE, AZ - MARCH 31, 2022: Freddie Freeman #5 of the Los Angeles Dodgers bats during the first inning of an MLB spring training game against the Texas Rangers at Surprise Stadium on March 31, 2022 in Surprise, Arizona. (Photo by Chris Bernacchi/D

It’ll end up being 157 days between the moment Freddie Freeman and the Atlanta Braves won last year’s World Series and the start of the 2022 baseball season. Everything in between? Tough to sum that up quickly.

Maybe most unthinkable of all: Freeman isn’t even in Atlanta anymore.

A lot to catch up on before the Chicago Cubs and Milwaukee Brewers open the season at Wrigley Field on Thursday afternoon, the first of seven games that day. Certainly, the sport is ready to move forward and wash off a winter when owners and players fought — fiercely and occasionally publicly — over how to split the game’s billions.

Luckily, the legal work is now moved to the side, and the real fun can begin.

What can Shohei Ohtani possibly do for an encore after an unprecedented year of dominance on the mound and at the plate? Will the many millions spent by Mets owner Steve Cohen bring a championship trophy to Queens? Can anyone stop the Dodgers after they lured Freeman back to his Southern California home? 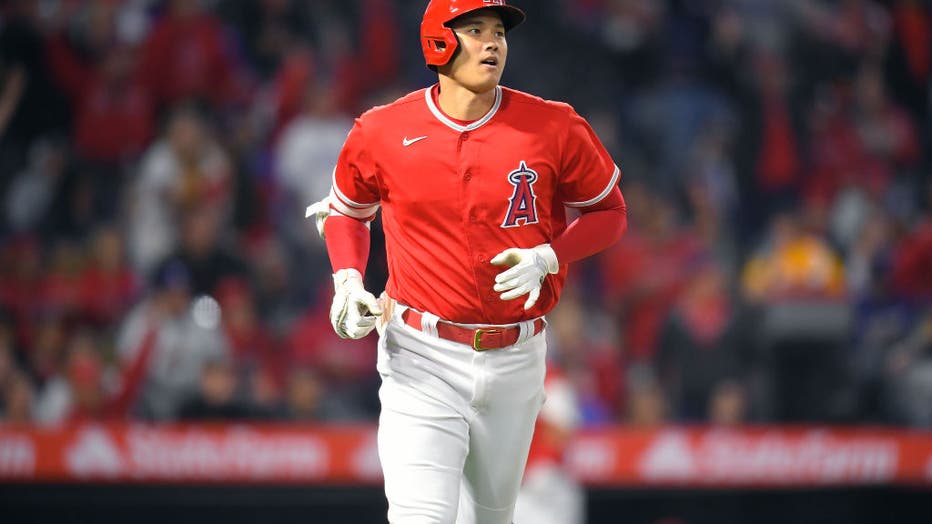 Before the first pitch is delivered Thursday, here’s what to know:

Baseball’s unusual offseason was split into two segments — a flurry of action before the 99-day lockout began Dec. 2, and a scramble to get rosters set when it lifted March 10.

The Rangers were champions of Part 1. Texas signed Corey Seager and Marcus Semien for a combined $500 million, solidifying their middle infield with two monster contracts.

Those deals were part of a one-day record $1.4 billion spent on free agents right before the offseason went dark. Cy Young Award winner Robbie Ray left Toronto for Seattle, and the Blue Jays replaced him with former Giant Kevin Gausman. The Tigers ponied up for shortstop Javier Báez and starter Eduardo Rodriguez. Even the Marlins tried making a splash, dropping $53 million on Avisaíl García.

Max Scherzer also signed early, joining Cohen and the Mets on a $130 million, three-year deal. He then turned his attention to baseball’s labor fight, where he was one of the lead voices for players at the table. He’s back to his day job now — and good thing for New York, with two-time Cy Young Award-winning teammate Jacob deGrom beginning the year on the injured list.

When shops re-opened in March, the most notable drama surrounded Freeman and the Braves. Atlanta general manager Alex Anthopoulos appeared to end any hopes for a reunion when he traded for Oakland slugger Matt Olson and gave him a $168 million, eight-year deal.

Freeman landed with the Dodgers for $162 million over six years, then acknowledged during his introductory press conference that he always figured on being a lifelong Brave.

The Minnesota Twins made another huge post-lockout deal, convincing former Astros shortstop Carlos Correa to sign a $105.3 million, three-year deal with player opt outs after the first two seasons. His stay might be short, but Correa has pledged to help instill a "championship culture" in the Twin Cities, where the ball club has lost 18 straight postseason games dating to 2004.

Other notable moves: Clayton Kershaw went back to the Dodgers, the rival Giants locked up lefty Carlos Rodón, and the Rockies signed Kris Bryant.

Also new in the NL West is San Diego Padres manager Bob Melvin, who was granted his release by Oakland after 11 years to lead Fernando Tatis Jr. and Co.

Melvin’s old job went to Mark Kotsay, getting his first crack at managing after a 17-year playing career. The Cardinals are under new direction, too, promoting 35-year-old Oliver Marmol after Mike Shildt was stunningly fired despite being a finalist for NL Manager of the Year.

Baseball’s new collective bargaining agreement brought with it several changes that fans will notice quickly. Most notably, the designated hitter has been adopted by the National League full-time.

The postseason field was expanded to 12 teams from 10, with the top two teams in each league getting first-round byes and a best-of-three wild-card round replacing the old one-game playoffs.

The "zombie" runner is back for extra innings for one more season amid concerns over player health with the season condensed to fit in 162 games. The rule automatically places a runner at second base for each team to begin each inning after the ninth.

One that fans may like: umpires will now be given microphones and asked to explain rulings after replay reviews.

One they might not like: the league now has the right to place advertising patches on team uniforms, thought the earlest they would appear is the postseason.

Cleveland is unveiling a new team name and logos this season, transforming into the Guardians after years of acrimony of their former name, which many considered offensive. They’ll play their first official game as the Guardians on Thursday, when Shane Bieber likely toes the mound at Kansas City. They play their first home game April 15 against San Francisco.

Suzuki, a 27-year-old Japanese star, will take his first crack at U.S. baseball with the Chicago Cubs after signing an $85 million, five-year deal. The outfielder has power, speed and has even shown off some personality despite the language barrier, learning to say "Mike Trout, I love you" at his news conference.

Witt is the game’s top prospect and will start at third base for the Royals. He could be a five-tool talent with exceptional power. Rodríguez, with Seattle, ranks just behind Witt on the national radar and could be the key to ending the Mariners’ 20-year postseason drought.

The Cardinals are reuniting Albert Pujols with Yadier Molina and Adam Wainwright for what could be a special goodbye for the trio that won the 2006 World Series together for St. Louis. Molina has already said it will be his final season and Wainwright hinted he’s likely done after 2022, too.

The 42-year-old Pujols is also likely to retire after playing out a $2.5 million, one-year deal.