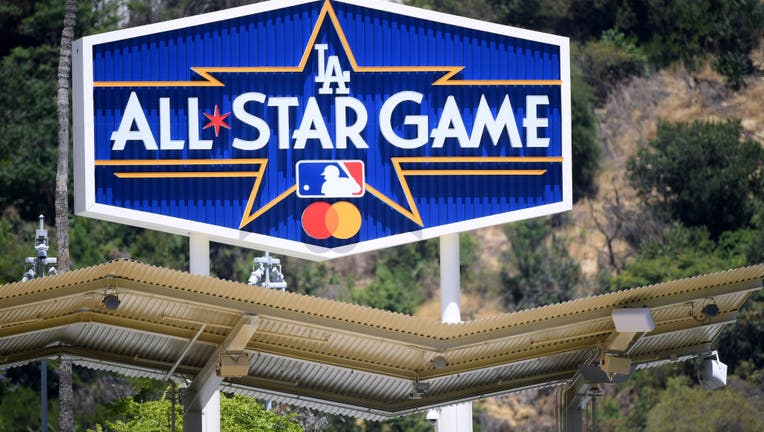 LOS ANGELES, CALIFORNIA - JULY 03: All Star Game sign in right field at a Los Angeles Dodgers summer workout in preparation for a shortened MLB season during the coronavirus (COVID-19) pandemic at Dodger Stadium on July 03, 2020 in Los Angeles, Calif

This year's voting system is a little different from years past, with voting broken down into multiple rounds in 2022. Just like every other year, the first round of voting let fans vote for any player at any position. From there, the top vote-getter from each league secured an automatic starting spot. Voting for phase one closed on June 30. New York Yankees outfielder Aaron Judge snagged the American League's spot, amassing more than 3.7 million votes, while the National League's spot went to Atlanta Braves outfielder Ronald Acuña Jr., who got just more than 3.5 million votes.

Aside from the automatic starters, the top two vote-getters at each position — and top four outfielders — in each league advance to the All-Star Ballot Finals, for which ballots opened Tuesday.

Then finally, Rob Manfred's Commissioner's Officer will get to pick six more spots on each roster — four pitchers and two position players.

So who can you vote for and how? Voting is open now on MLB's website here. Ballots will be open until this Friday, July 8, at 10:59 a.m. Fans can vote once every 24 hours.