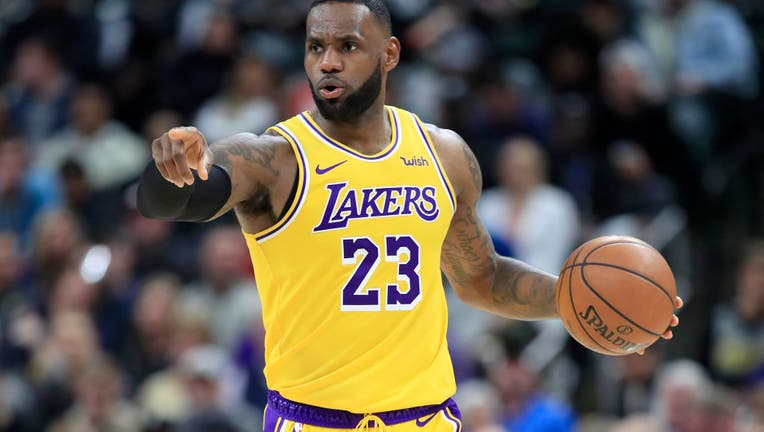 LeBron James #23 of the Los Angeles Lakers dribbles the ball during the game against the Indiana Pacers at Bankers Life Fieldhouse on December 17, 2019 in Indianapolis, Indiana. (Photo by Andy Lyons/Getty Images) (Getty Images)

LOS ANGELES - LeBron James will be wearing a Laker uniform through the 2022-23 season under a contract extension announced Wednesday.

James, who just led the team to an NBA title and was named MVP of the NBA Finals, was already under contract with the Lakers through the upcoming season, after which he could have entered free agency. Under his previous contract, he had a $41 million option to return to the team for the 2021-22 season.

James will be 38 years old when the new contract expires. Various outlets noted that the deal means James could become a free agent in 2023 -- the year his son Bronny could potentially be drafted straight out of high school into the NBA, if league rules permit.