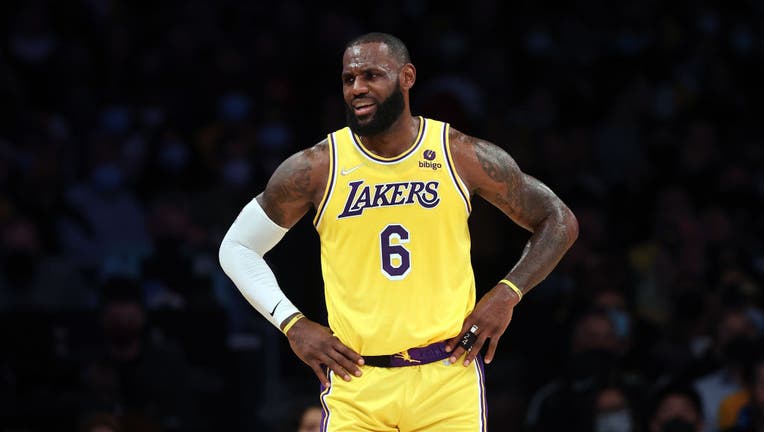 LOS ANGELES - NBA superstar LeBron James is out for at least a week due to an abdominal strain, according to a report.

The news was first reported by Shams Charania with The Athletic.

According to Charania, the Los Angeles Lakers want to be "cautious" with his injury since it’s early in the season.

The 36-year-old is playing in his 19th season in the NBA. James has also been managing a right ankle injury.

On Tuesday night, LeBron James scored 14 of his 30 points in the fourth quarter, and the Lakers swept back-to-back games against the Rockets with a 119-117 victory.

The Men in Purple and Gold are eager to win another championship for the franchise after being eliminated by the Phoenix Suns in the first round of the playoffs last season.

With several new and returning faces including Rajon Rondo, Carmelo Anthony, Dwight Howard, and Russell Westbrook, head coach Frank Vogel is working to figure out the best rotations to lead the Lakers to another title.

The Lakers are currently ranked fifth in the Western Conference.