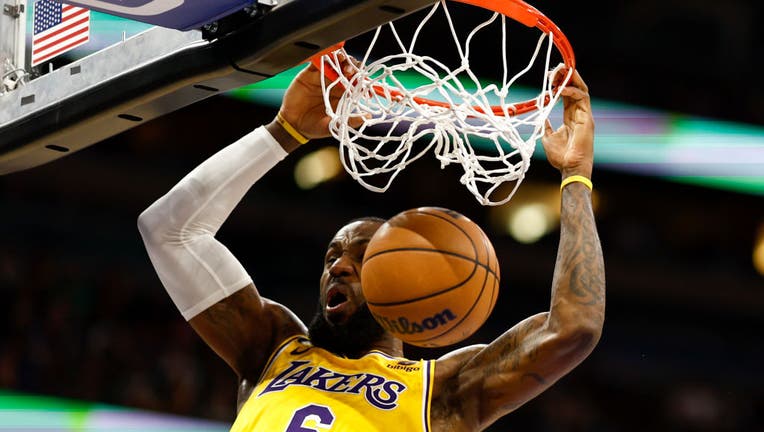 LeBron James #6 of the Los Angeles Lakers slams the ball against the Orlando Magic at Amway Center on December 27, 2022 in Orlando, Florida. (Photo by Douglas P. DeFelice/Getty Images) (Getty Images)

On April 22, LeBron James tweeted he would never miss the playoffs again.

James' prediction has been deleted with his Los Angeles Lakers sitting at 13-20 on the season and in 13th place in the Western Conference.

"I can/will NOT miss the post season again for my career! This s--t HURT," he tweeted at the time.

The Lakers are without big man Anthony Davis, who suffered a stress injury in his foot earlier this month. He's out indefinitely, according to the team.

After starting the season 2-12, the Lakers won 11 of 15 but have lost four straight since Davis was injured.

James has missed the playoffs just four times in his NBA career — his first two seasons (2003-04 and 2004-05) and the two seasons he has missed with the Lakers.