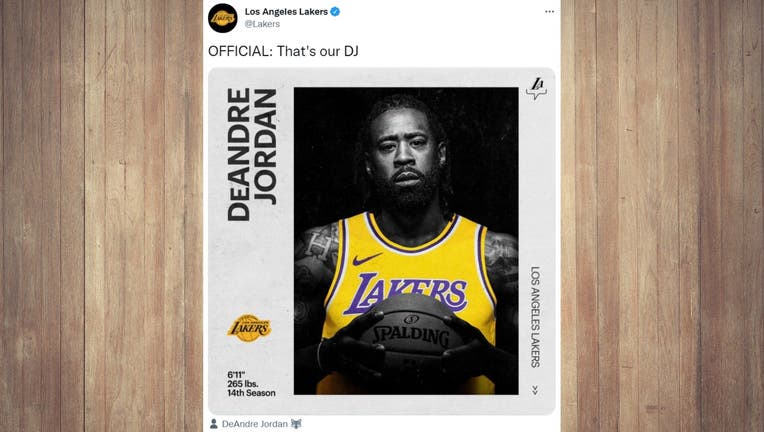 LOS ANGELES - DeAndre Jordan is returning to Los Angeles – but this time, he's joining the Purple and Gold.

The Los Angeles Lakers announced the signing of the 33-year-old center on Thursday on social media.

Jordan is a familiar face in Los Angeles as the 2-time NBA All-Defensive first-teamer was one of the key members of the Clippers' Lob City teams. Jordan, known across the league as "DJ," played for the Clippers from 2008 to 2018 and during that span, he was named an NBA All-Star in 2017, All-NBA first team in 2016, All-NBA third team twice (2015 and 2017) and led the league in rebounds twice.

Between Jordan and fellow NBA All-Stars Chris Paul and Blake Griffin, the Lob City-era teams made the NBA playoffs six times and advanced to the conference semis three times (2012, 2014 and 2015) from 2011 to 2017.