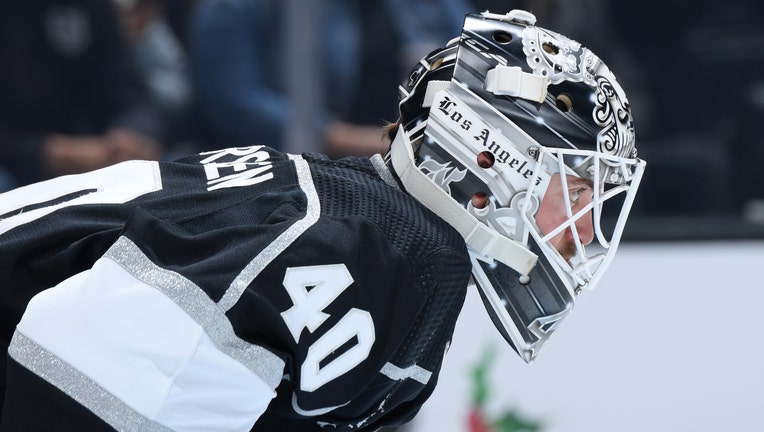 Cal Petersen #40 of the Los Angeles Kings protects the goal during the second period against the Seattle Kraken at Crypto.com Arena. (Photo by Juan Ocampo/NHLI via Getty Images) (Getty Images)

Petersen, 28, went on waivers the day after allowing four goals on 16 shots in relief of Quick during a 9-8 overtime loss to the Seattle Kraken on Tuesday night. Quick was pulled after giving up five goals on 14 shots.

Only one NHL goalie has a save percentage lower than Petersen’s .868 this season, Elvis Merzlikins of the Columbus Blue Jackets with .864. Petersen is 5-3-2 in 10 games with a 3.75 goals-against average in his third full season with the Kings and fifth overall.

L.A. signed Petersen to a $15 million, three-year contract in September 2021, and he figured to take the starting job from Quick, who turns 37 in January and is set to be a free agent after the season. Petersen has two years left on that deal after this one at an annual salary cap hit of $5 million.