Looking back on the life and legacy of Bill Russell.

LOS ANGELES - From one legend to another. 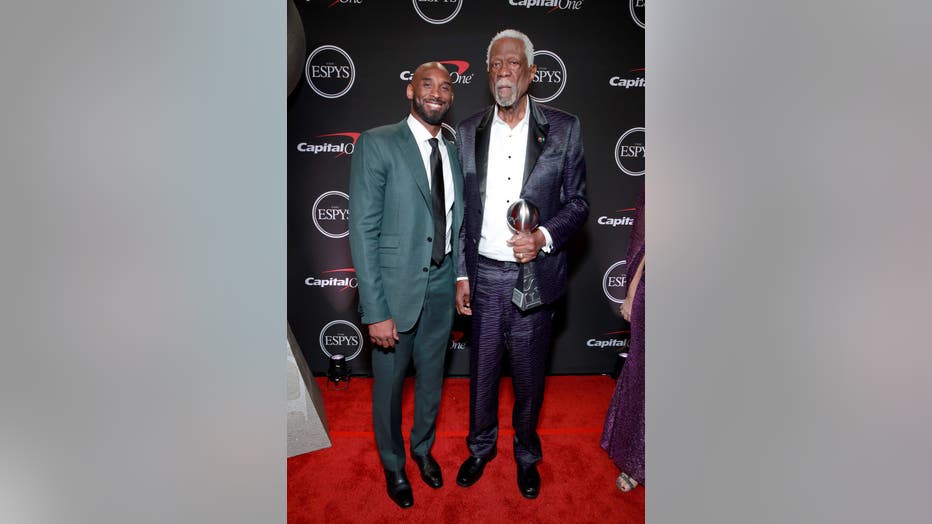 As the world of sports continues to mourn the loss of Bill Russell, videos of legendary Laker Kobe Bryant reflecting on the iconic Celtics star, who won 11 NBA championships in his 13-year playing career and broke barriers when he became the first Black coach in the NBA, have resurfaced.

Los Angeles Lakers co-owner Jeanie Buss retweeted a video of Bryant speaking about the Celtics' legend in a 2018 interview with Andscape, then called The Undefeated, with the caption, "Insightful comments by #24."

In the video, Bryant opened up about his relationship with the iconic NBA legend, whom Bryant considered a mentor.

"Tactically speaking, because I always geek out about the game, he said ‘When I played, I could score the ball. I could handle the ball and I could pass the ball, but it was really important in order for us to win, I had to look at my teammates and say ‘ok, there’s other players here that do that better, therefore, I must allow them to do that,’" Bryant said. 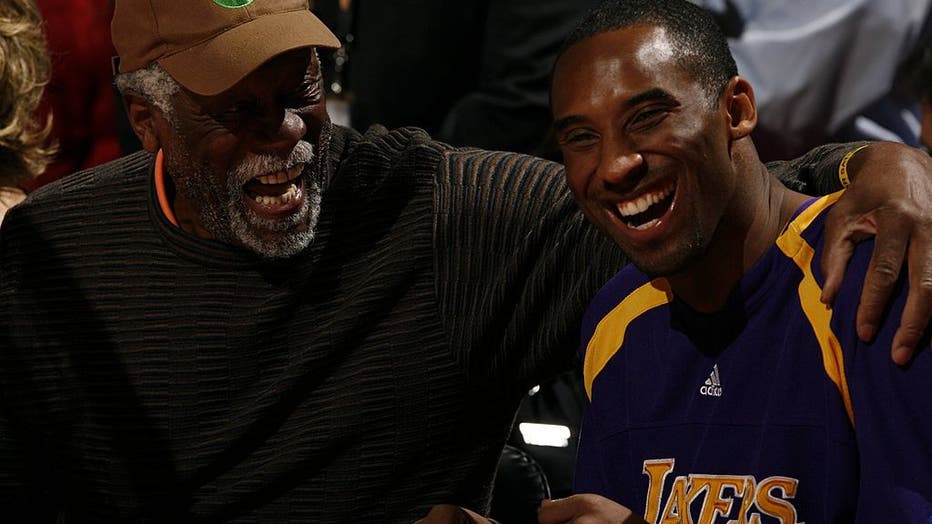 Russell also shared with Bryant how he was able to best utilize his teammates and that he used that mindset to help lead the Lakers to two NBA championships post-Shaq. Russell’s playing days were during the Civil Rights Movement and as a result, Russell was the target of racism and used that to fuel his fire.

"’I internalized it,’" Russell shared with Bryant. "’I felt like the best thing that I could do is use that as fuel as opposed to just simply having an emotional outburst to them. I decided to use that as energy to enhance my performance.’ So, even though it seems like he’s tuning out the noise, he isn’t. He’s hearing it, and he’s using it."

Bryant also presented Russell with the Arthur Ashe Award at the 2019 ESPYS.

Another video shows a heartwarming moment between the two late legends as Russell tells Bryant, "I couldn’t be more proud of you than as if you were my own son," during the 2008 NBA All-Star Game.

Buss also wrote on Twitter Sunday, "Bill Russell was a treasure as a player, coach and especially as a human being. Lakers and Celtics fans can agree on this today."