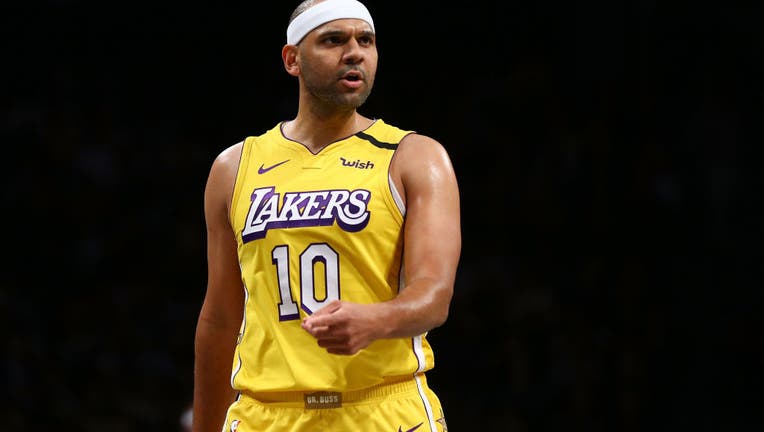 LOS ANGELES - Former Lakers forward Jared Dudley has retired as a player for the NBA and will become an assistant coach with the Dallas Mavericks under new head coach Jason Kidd, it was announced Tuesday.

Dudley played the majority of his playing years with the Phoenix Suns and spent his final two seasons with the Los Angeles Lakers. He earned an NBA championship ring in 2020 and also played for Charlotte, the LA Clippers, Milwaukee, Washington and Brooklyn.

Known for being a great teammate, he is also known for his connection with fans. In a 2019 interview with the Orange County Register, Dudley said he spends nearly $20,000 a year to give away free tickets to fans.

"Just being a basketball fan growing up, I never got to go to NBA games, so I know how, when I went to one my senior year in high school, how exciting it was to kids who can’t afford it, or people who are diehard Laker fans," he said. "Just trying to bless fans, whether it’s military, anniversaries, whatever is put on my heart to want to do. For me, it’s something that was natural, and just something that I wanted to do my entire career, just be in a position to give back."

In the same interview, he spoke about what he envisioned after retiring.

"When all is said and done, I might have a job within the Lakers organization. I might do TV. I might coach," he said. "So, you just want to be connected with the fan base so people remember what kind of player I was off the court."

The 36-year-old grew up in San Diego and graduated from Boston College.