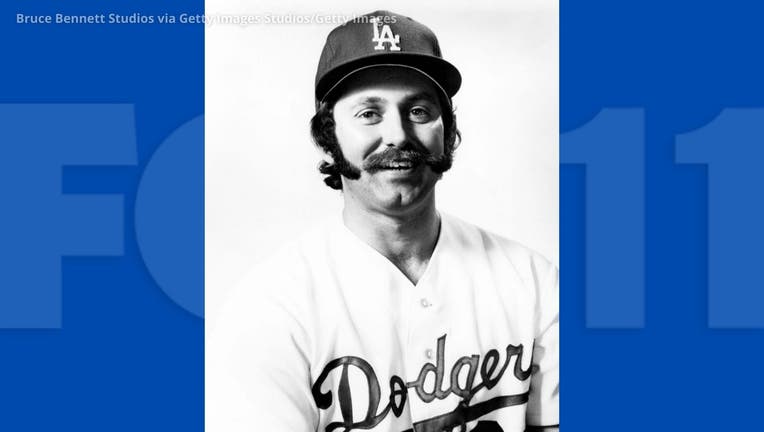 LOS ANGELES (AP) — Mike Marshall, who became the first reliever to win the Cy Young Award when he set a major league record by pitching 106 games in a season for the Los Angeles Dodgers, has died. He was 78.

Marshall died Monday night at home in Zephyrhills, Florida, where he had been receiving hospice care, according to the Dodgers, who spoke Tuesday to his daughter, Rebekah. She did not give a cause of death.

The team planned a moment of silence for Marshall before a game against St. Louis.

He was an All-Star with the Dodgers in 1974 and ’75. He jogged to the mound from the bullpen, common for relievers today, rather than be driven in a cart as was customary then.

In the 1974 postseason, Marshall pitched in two NL Championship Series games and all five World Series games, in which the Dodgers lost 4-1 to Oakland. He saved the Dodgers’ lone win, preserving a 3-2 victory in Game 2 by picking off speedy pinch-runner Herb Washington at first base in the ninth inning.

Marshall still holds the American League record for games pitched in a season with 90 for the Minnesota Twins in 1979. He led his league in games pitched four times, saves three times and games finished five times.

He was known for throwing the screwball, an elusive pitch that breaks in the opposite direction of a slider or curveball. Depending on the pitcher’s arm angle, the ball could also have a sinking action. Fernando Valenzuela later won the Cy Young throwing the same difficult pitch for the Dodgers.

Screwballs like Marshall’s have fallen out of favor with big league pitchers in recent generations. In fact, the only player to throw one in the majors this season is related to Marshall. Tampa Bay Rays right-hander Brent Honeywell Jr. learned the backward-breaking curveball from his father, who was Marshall’s cousin. Marshall taught the pitch to Brent Sr. when the latter was a young player.

Born Michael Grant Marshall on Jan. 15, 1943, in Adrian, Michigan, he began his big league career with the Detroit Tigers in 1967. They sent him back to the minors in 1968, when he was drafted by the expansion Seattle Pilots. He pitched a single season for the Houston Astros in 1970.

He was traded after the 1973 season to the Dodgers for outfielder Willie Davis and pitched for Los Angeles for three years. Marshall is not related to outfielder Mike Marshall, who won World Series titles with the Dodgers in 1981 and ’88.

Marshall moved to the Atlanta Braves from 1976-77 before switching to the American League with the Texas Rangers in 1977. He pitched for Minnesota from 1978-80 and finished his career with the New York Mets in 1981.

At 17, Marshall was signed by the Philadelphia Phillies as an amateur free agent in 1960. He didn’t pitch professionally until 1965 in the minors. He was purchased by Detroit Tigers the following year.

Marshall eventually earned a doctorate in kinesiology at Michigan State while with the Twins. In the months leading up to his record-setting 1974 season, he nearly retired to focus on school. Instead, he decided to pitch for the Dodgers.

He later advocated a pitching method he developed that he believed could eradicate arm injuries. Marshall thought many pitchers’ arm rotations led to ulnar collateral ligament injuries that required Tommy John surgery, named after Marshall’s former Dodgers teammate. It was Marshall who encouraged John, a 31-year-old left-hander at the time, to undergo the still experimental procedure that repaired his elbow and preserved his career.

Marshall is survived by wife Erica. He was preceded in death by first wife Nancy, who died April 30 in Minnesota at age 78. The couple had daughters Deborah, Rebekah and Kerry.