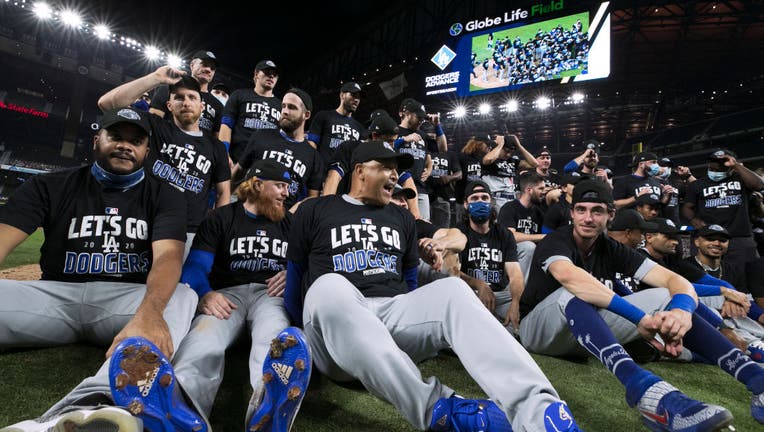 LOS ANGELES - The Los Angeles Dodgers will open the National League Championship Series against the Atlanta Braves Monday night in a matchup of Major League Baseball's only two teams to sweep both their first two 2020 postseason series.

The Dodgers advanced to the NLCS for the fourth time in five years with a 12-3 victory over the San Diego Padres Thursday to complete a three-game sweep of their best-of-five National League Division Series.

The Braves qualified for the NLCS for the first time since 2001 with a 7-0 victory over the Miami Marlins earlier Thursday to sweep NLDS. The shutout was Atlanta's fourth in its five 2020 postseason games.This will be the fourth postseason meeting between the Dodgers and Atlanta. The previous three were all in the division series, with the Braves sweeping the Dodgers in 1996 and the Dodgers winning in four games in 2013 and 2018.

First pitch is set for 5:08 p.m. California time. Walker Buehler will take the mound for the Dodgers, while Max Fried will pitch for the Braves.

RELATED: Fans can watch the NLCS on drive-in screens at Dodger Stadium for $75

Like the Dodgers-Padres series, the NLCS will be played at Globe Life Field in Arlington, Texas. The final three rounds of baseball's postseason are being played at neutral sites in an attempt to reduce the possibility of spreading the coronavirus.

Unlike the previous rounds or the regular season, a limited amount of tickets were sold to the public. Tickets in the seating bowl were sold in groups of four contiguous seats, called pods. Seats within each pod could not be broken apart for sale.

Each pod is a minimum of six feet from each other. No seats were sold within 20 feet of where a player can be located on the field, in the dugouts, or in the bullpen.

Masks will be mandatory for all fans except when actively eating or drinking at their ticketed seats.