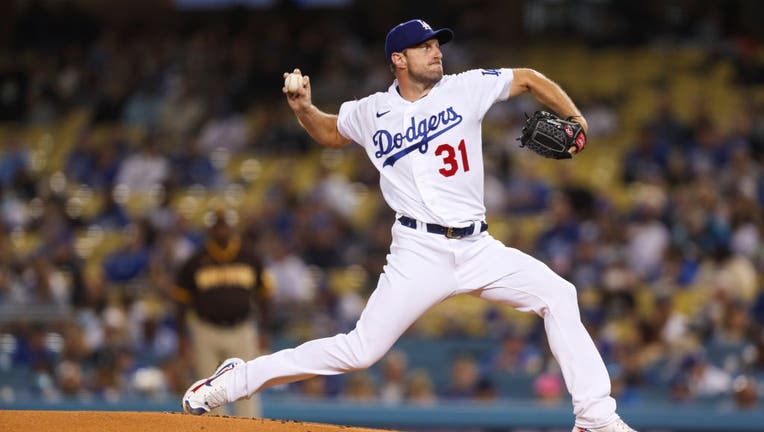 LOS ANGELES (AP) - Two wily veterans on the mound in an elimination game. Adam Wainwright starting for the reinvigorated St. Louis Cardinals against the Los Angeles Dodgers’ Max Scherzer, pitching as well as he ever has.

"It’s as fun as it gets, right?" Wainwright said, smiling.

Indeed, though neither team wanted to be in the position of playing in the NL wild-card game.

The Cardinals (90-72) rode a 17-game winning streak into the second wild-card spot.

The Dodgers’ mark of 106-56 was the second-best in baseball behind the rival San Francisco Giants (107-55), who ended LA’s streak of eight straight NL West titles on the final day of the regular season.

"There’s no crying in baseball," he said. "You have to win your division. We didn’t win our division."

So, here they are.

Wainwright (17-7) faces Scherzer (15-4) at Dodger Stadium on Wednesday night, where the Dodgers ended the regular season on a franchise-record 15-game home winning streak. Their 53-28 home record was tops in the majors.

It’s just the second winner-take-all game in postseason history with two starting pitchers aged 37-plus. Wainwright is 40; Scherzer is 37.

Both pitchers hardly represent the over-the-hill gang. They’re fit and bring an intensity to the hill that rivals any of their younger teammates.

Wainwright said he felt "way older" a few years ago, causing him to change his diet and eliminate gluten, sugar, dairy and processed foods for a while. He changed his workout and conditioning programs, too.

"If you buy into the fact that you’re old, then you are," he said. "I don’t still try to touch the ceiling in the weight room every single day like I used to, but occasionally you need to do that to keep yourself young. It’s that fine line of staying young but also staying smart, trying to balance that."

Scherzer admits his diet isn’t the greatest, although he, too, tries to avoid sugar.

"I can’t say I’ve made too many changes," he said. "To me, it’s just listen to your body. Train the hardest you can to where your body is at."

The two have squared off once before in the postseason.

Scherzer and the Washington Nationals beat Wainwright and the Cardinals in Game 2 of the 2019 NL Championship Series. Scherzer allowed one hit over seven scoreless innings; Wainwright allowed three runs in 7 1/3. Both had 11 strikeouts.

Scherzer is 7-0 with a 1.98 ERA since joining the Dodgers from Washington, along with NL batting champion Trea Turner, at the July trade deadline. The three-time Cy Young Award winner is from the St. Louis suburb of Chesterfield.

Scherzer had a combined 236 strikeouts between the Dodgers and Nationals; Wainwright had 174.

Wainwright has an enviable 28-15 record with a 2.89 ERA in the postseason.

"He’s the godfather," teammate Nolan Arenado said. "I look at him like a dad in a sense."

None of the Dodgers know Scherzer as well as Turner. They were tight in Washington and the bond has carried over to laid-back LA.

"He’s already angry," Turner said of Scherzer a few days ago. "He’s going to be the same guy, same intensity. Just do what he does."

While a sellout crowd rides the emotional roller coaster of an elimination game, Scherzer will stay well within himself.

"Never let the situation get to you," he said. "Always just worry about the next pitch."

Wainwright is prepared for anything, remembering that some of the best games he’s pitched in the postseason were losses.

"My two biggest complete jokes we won both of them," he said. "Anything can happen in one game. It is a harsh atmosphere out there."

Scherzer’s borderline hostility on the mound fits whatever chaos is going on around him.

"That’s what you play the game for is to be able to win the World Series," he said. "We have to win tomorrow, there’s no ifs, ands or buts about it."