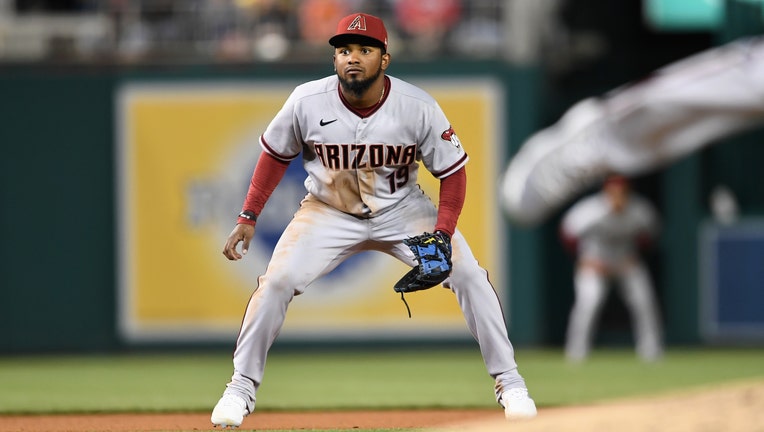 Yonny Hernández #19 of the Arizona Diamondbacks in the field during the fourth inning against the Washington Nationals. (Photo by Chris Bernacchi/Diamond Images via Getty Images) (Getty Images)

The 24-year-old switch-hitter played in 12 games for Arizona last season after being traded by Texas in April. Hernández was claimed by Oakland last month and was designated for assignment this week.

He played 10 games at third base and two at second base for the Diamondbacks. Hernández has hit .198 with 13 stolen bases while playing shortstop, second base and third base in 55 career major-league games with the Rangers and D-backs.

Hernández spent seven seasons in the minors, mostly with the Rangers organization, hitting .262 with 21 triples and 184 stolen bases in 532 games.