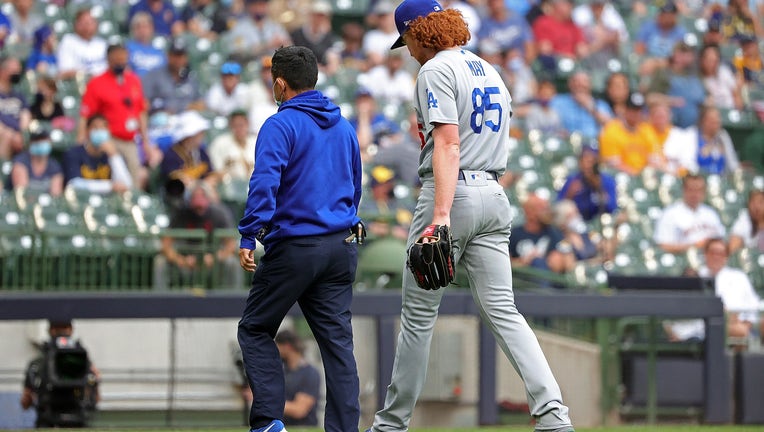 LOS ANGELES - The Los Angeles Dodgers will be without their young star pitcher Dustin May for the remainder of the 2021 season.

The team announced Monday that the 23-year-old flamethrower will undergo Tommy John surgery to repair his right elbow.

May, left Saturday's game against the Milwaukee Brewers early after he appeared to be in pain and then called for the team's training staff. May is considered by many as one of Los Angeles' most valuable arms in the Boys in Blue's already-loaded rotation. The 6-foot-6 righty finished the 2020 regular season with a 3-1 record and a 2.57 ERA in 56 innnings.