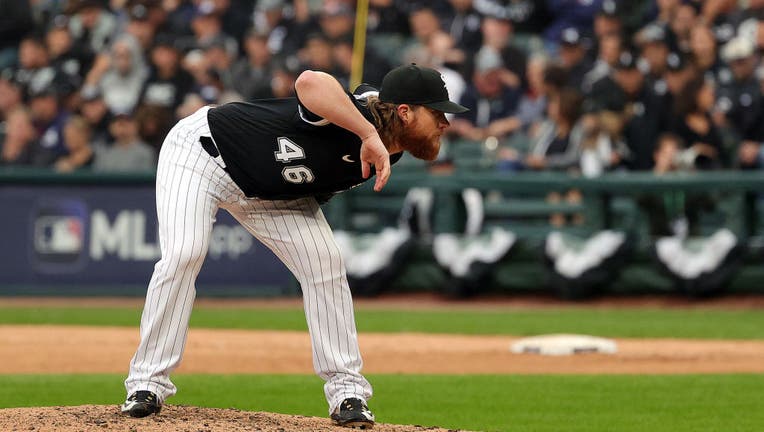 CHICAGO, ILLINOIS - OCTOBER 12: Craig Kimbrel #46 of the Chicago White Sox pitches during the 8th inning of Game 4 of the American League Division Series against the Houston Astros at Guaranteed Rate Field on October 12, 2021 in Chicago, Illinois. (P

LOS ANGELES - The Los Angeles Dodgers may have found their new closer.

According to multiple reports, the team traded for All-Star pitcher Craig Kimbrel from the Chicago White Sox Friday.

Per MLB.com's Mark Feinsand, the Dodgers sent outfielder AJ Pollock to Sox in exchange for the 33-year-old right-hander.

The back of the Dodgers' bullpen was left with a hole last month, after former closer Kenley Jansen signed a 1-year, $16 million deal with the defending champion Atlanta Braves on March 18. Jansen left the Dodgers after spending his entire 12-year big league with the club, setting the franchise record in saves.

Kimbrel is in the final year of a four-year $58 million contract. He'll make $16 million in 2022. He currently leads all active MLB pitchers with 372 saves, just ahead of Jansen. Kimbrel notched 24 saves between the White Sox and the Chicago Cubs in 2021, earning a 2.26 ERA.

Pollock, a former All-Star and gold glover hit .282 with 65 home runs and 199 RBIs in three seasons with the Dodgers.