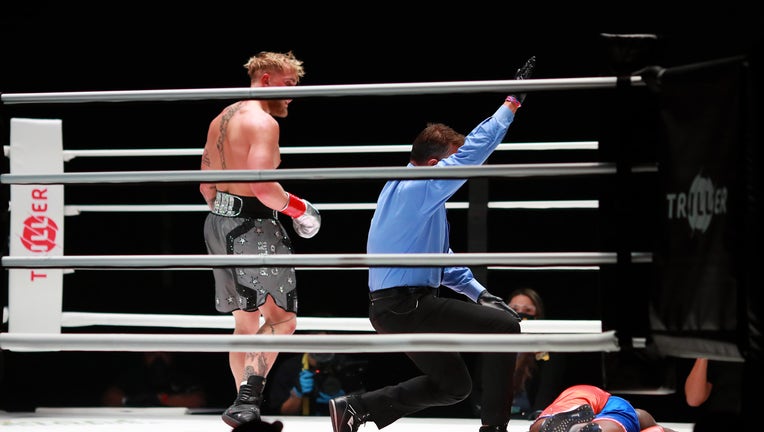 LOS ANGELES, CALIFORNIA - NOVEMBER 28: Jake Paul reacts over his knockout victory against Nate Robinson in the second round during Mike Tyson vs Roy Jones Jr. presented by Triller at Staples Center on November 28, 2020 in Los Angeles, California. (Ph

Paul defeated the three-time NBA Slam Dunk champion just seconds into the second round in the cruiserweight fight prior to the highly-anticipated Mike Tyson vs. Roy Jones Jr. pay-per-view fight.

Heading into Saturday's fight, the Vegas odds favored Paul as Bovada listed the Internet star as a -250 favorite over Robinson, who was a +195 underdog in his boxing debut.

Prior to boxing, Paul gained notoriety for his Youtube videos and his controversial social media posts. Despite standing at about 5-foot-9 Robinson was known for his world class athleticism as he played both football and basketball at the University of Washington. The diminutive NBA point guard went onto have a 10-year career in the NBA before playing basketball overseas and ventuing into boxing.