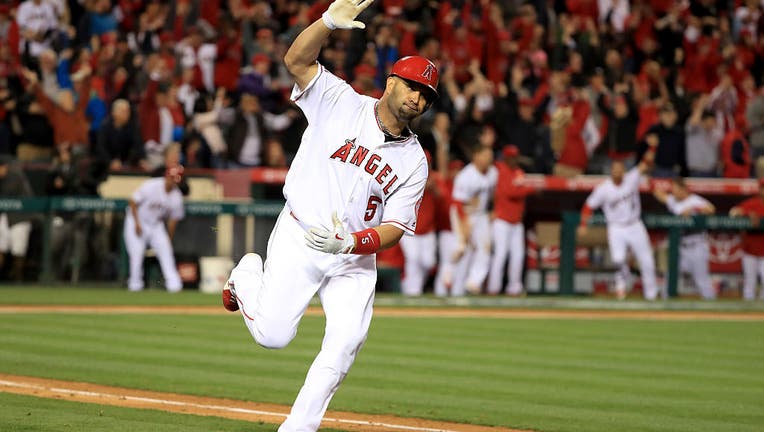 "First, I would like to thank God for the opportunity he has given me to play this game. While this is not how I thought my time in Anaheim would end, I am truly grateful for the memories and friendships that have been created over the past 10 years," he said on Twitter. "Thank you to my teammates and Angels fans everywhere for your support. You will always hold a special place in my heart. While everyone in the big leagues wants to compete every day, I understand roles do change and that this is something I’ve accepted for the past couple of years. The role that Andrew Friedman and Dave Roberts have presented to me is one that I embrace. I am excited to be part of the Dodger family and want to thank Andrew, Dave and the rest of the Dodger organization for this opportunity. My goal is the same as it’s always been – to help the ballclub win a championship in 2021. I’ve seen up close just how talented this team is and I look forward to contributed."

According to reports from the Los Angeles Times' Jorge Castillo and ESPN's Jeff Passan on Saturday, the 3-time National League MVP was expected to stay in Southern California after being released by the Los Angeles Angels.

While Pujols is nowhere close to having that same power he once had with the St. Louis Cardinals, where he slugged 445 homers before signing the monster 10-year deal with the Halos, the Dodgers could use some veteran leadership from the 41-year-old infielder/DH.

Although most baseball fans would agree Pujols didn't live up to his megadeal with the Halos, the 10-time all-star gets to not only return to the National League, where he terrorized opposing pitchers for 11 seasons, but he also gets another crack at a World Series run with the Dodgers.

The Dodgers are currently ranked third in the National League West, behind San Francisco and San Diego.