The Angels announced the move a day after Pujols wasn’t in their lineup for the slumping club’s fourth consecutive loss. He was in the final season of a 10-year, $240 million contract with Los Angeles. 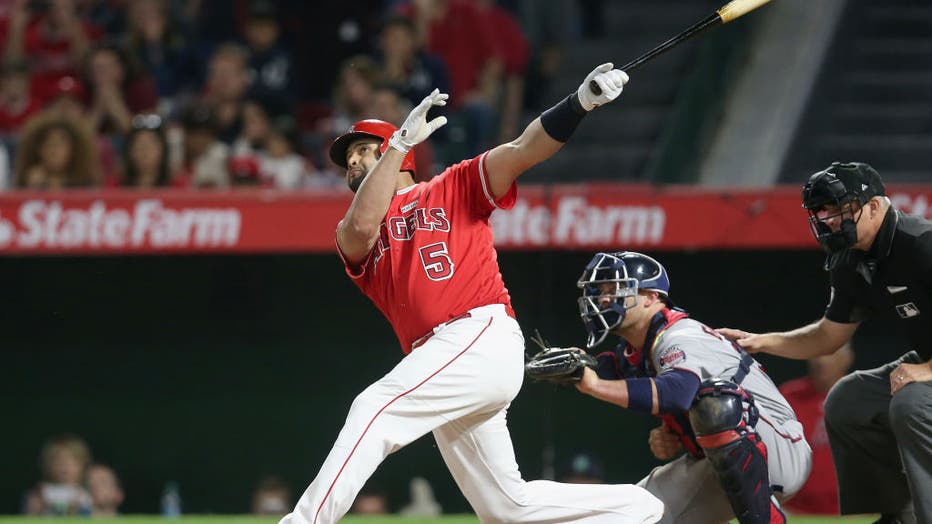 "The Angels organization proudly signed Albert Pujols in 2011, and are honored that he has worn an Angels jersey for nearly half of his Hall of Fame career," Angels owner Arte Moreno said in a statement. "Albert’s historical accomplishments, both on and off the field, serve as an inspiration to athletes everywhere, and his actions define what it means to be a true superstar. Since his Rookie of the Year season in 2001, Albert and his wife Deidre have generously given their time and resources to countless charities throughout the world. We are thankful to the entire Pujols family."

Pujols joined the Angels after 11 successful seasons with the St. Louis Cardinals. He won three NL MVP awards and two World Series rings in St. Louis while establishing himself as one of the greatest sluggers of his generation.

Moreno persuaded Pujols to leave for the West Coast with a lavish contract, but the Angels have not won a playoff game during the concurrent tenures of Pujols and three-time AL MVP Mike Trout at the heart of their lineup.

The Angels made only one postseason appearance in Pujols’ nine full seasons, winning the AL West title and promptly getting swept by Kansas City in 2014. The club is on skids of five straight losing seasons and six straight non-playoff campaigns since then.

Pujols’ achievements with Los Angeles have been mostly statistical, including the 500th and 600th homers and the 3,000th hit of his career.

Pujols hasn’t performed at a level commensurate with his pay for many years, although Moreno knew the consequences of such a long contract. Pujols is making $30 million in salary this season in the final year of the deal, which includes a 10-year personal services contract with the Angels after it expires.

Pujols was in the opening day lineup for the 21st consecutive season, joining Pete Rose and Eddie Murray as the only major leaguers to reach that milestone. But he has been a below-average statistical player for the past half-decade, during which he is batting .240 with minus-2 wins above replacement.

Pujols is second in major league history with 2,112 RBIs since they became an official statistic, trailing only Hank Aaron. He is fifth in doubles (669), total bases (5,955) and extra-base hits (1,352) in major league annals.

Despite his age and declining production, Pujols did not say whether this season would be his last when he reported to spring training.

Moreno is no stranger to handing out lavish contracts to mid-career stars in transactions that the Angels swiftly regretted. A year after signing Pujols, Moreno gave a five-year, $125 million deal to troubled slugger Josh Hamilton, only to trade him back to Texas two years later while eating most of the $80 million still owed to Hamilton.