LOS ANGELES - A Hollywood intersection will be dedicated Thursday as Yma Sumac Square in honor of the record-setting Peruvian singer and one of the best-known performers of exotica music in the 1950s, nine days after the 100th anniversary of her birth. 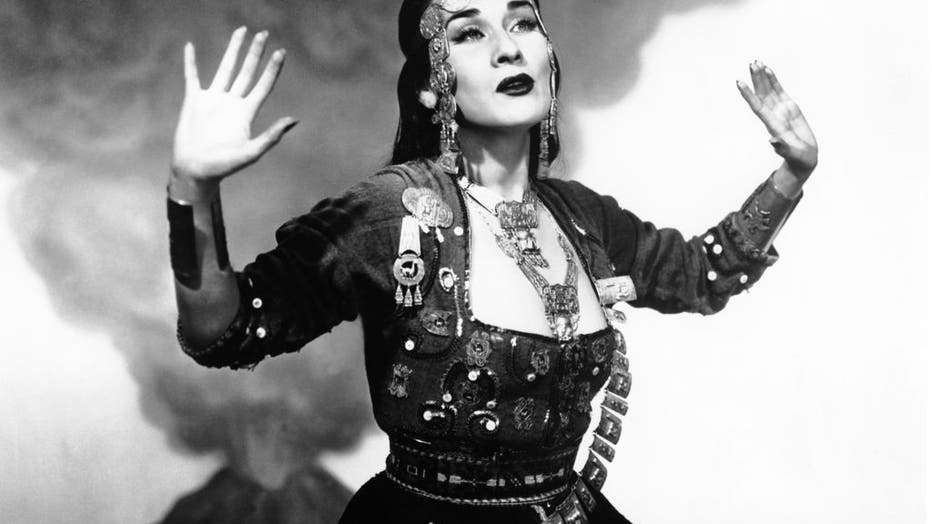 Damon Devine, who was Sumac's representative, personal assistant, makeup artist and eventual caregiver for the last 11 years of her life, and Councilman Mitch O'Farrell, who introduced the motion to name the intersection in Sumac's honor, are set to speak at the 11 a.m. ceremony at the intersection of Hollywood Boulevard and Wilcox Avenue.

Sumac's star on the Hollywood Walk of Fame at 6445 Hollywood Blvd. is just east of the intersection. She received the star when the Walk of Fame was completed in 1961 with the first 1,558 stars.

Born Zoila Emperatriz Chavarri Castillo on Sept. 13, 1922, in Callao, Peru, she graduated from high school in 1940 and sang in local festivals, according to her website. In 1942, she joined Compañia Peruana de Arte, a music group formed by the Peruvian folk musician and composer Moises Vivanco, who she married that year.

She choose the name Imma Sumack for her radio debut, seeking to avoid the wrath of her disapproving parents who would be displeased she was singing instead of studying. Her parents discovered Imma Sumack during a live radio performance and were not pleased, but support from other family members and the public eventually persuaded her parents it was her destiny to become a singer.

A 1949 performance at the Blue Angel supper club in New York City was witnessed by a Capitol Records talent agent who was in the audience to see another act. They met backstage and he requested she make a few demo tapes.

She moved to Hollywood in 1950, changed her stage name to Yma Sumac and signed with Capitol Records. Her first album for the label, "Voice of the Xtabay," sold more than 1 million copies its first year. It was one of the first recordings of exotica, the style of easy listening music developed by musician and composer Les Baxter, who recorded the album.

Known for her unique five-octave vocal range -- the typical trained singer has a range of about three octaves -- Sumac recorded five more albums for Capitol through 1959, and performed throughout the world, including Royal Albert Hall, Carnegie Hall, Hollywood Bowl and in the Soviet Union.

Sumac has sold more than 40 million records, the most by a Peruvian singer. She appeared in the 1950s films "Secret of the Incas" and "Omar Khayyam," the 1951 Broadway musical "Flahooley" and a 1955 episode of the CBS variety series "Shower of Stars."

Sumac sang on the NBC late-night talk show "Late Night with David Letterman" in 1987 and continued to perform in concerts into the 1990s. Her music was used in the film "The Big Lebowski" and the television series, "Mad Men."