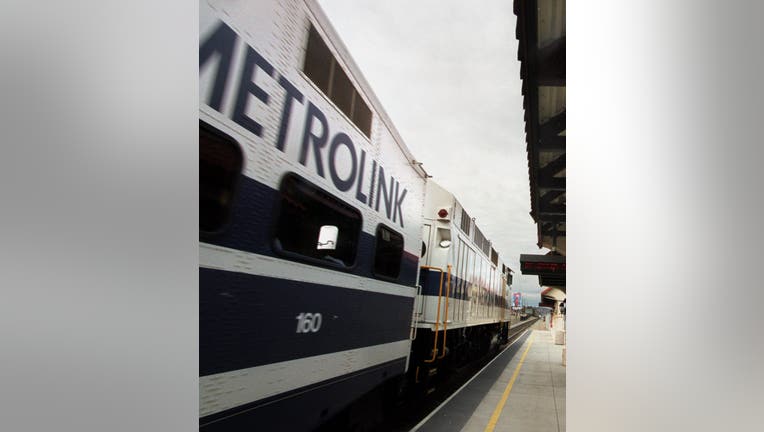 SYLMAR, Calif. - A woman who witnesses said was wearing earphones was struck and killed by a Metrolink train on Tuesday in the Sylmar area.

Paramedics sent to the 12800 block of North San Fernando Road about 8:25 a.m. pronounced the woman dead at the scene.

Information was not immediately available on the identity of the woman, who was in her 30s, according to Los Angeles police.

"Witnesses reported the woman was wearing earphones and appeared startled" when she was hit by the train, said Brian Humphrey of the Los Angeles Fire Department.

No injuries were reported aboard Antelope Valley Line train No. 208.

The tracks were closed between Newhall and Sylmar while an investigation was conducted, according to Metrolink.