Officials in D.C. and Virginia have put out curfews for residents after pro-Trump protests at the Capitol turned to riots with demonstrators storming the building and shots being fired on the House floor.

WASHINGTON (FOX 5 DC) - A woman who was shot inside of the U.S. Capitol on Wednesday has died, D.C. Police has confirmed to FOX 5. This comes after pro-Trump protesters charged the building as Congress began counting the Electoral College votes.

The shooting was reported shortly after 3 p.m. as the situation escalated inside and outside of the Capitol.

The victim was later identified as Ashli Babbit, of San Diego.

Her mother-in-law told FOX 5's Lindsay Watts, "I really don’t know why she decided to do this."

Babbit is a 14-year veteran with the Air Force, Watts reports. 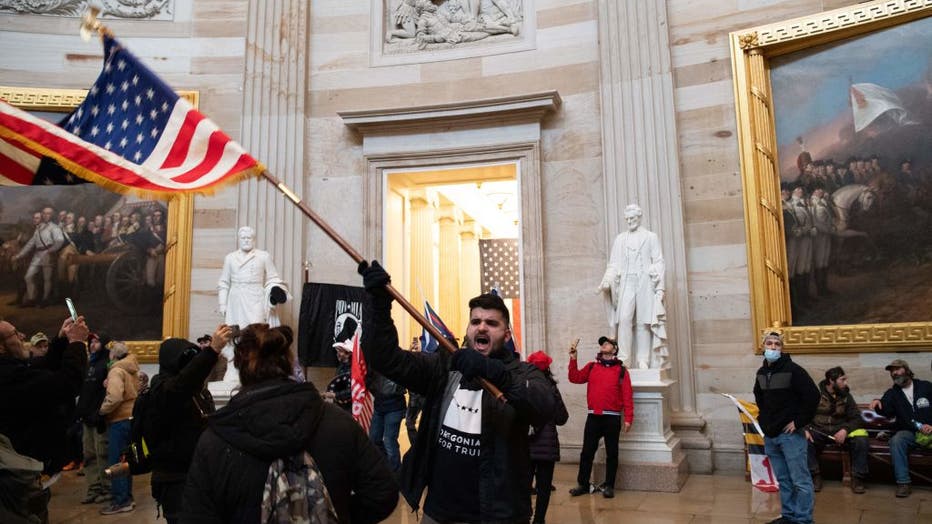 Supporters of US President Donald Trump protest inside the US Capitol on January 6, 2021, in Washington, DC. - Demonstrators breeched security and entered the Capitol as Congress debated the a 2020 presidential election Electoral Vote Certification.

This story is developing. Stay with FOX 5 for the latest updates.