A woman died from her injuries in the collision, authorities said.

MORENO VALLEY, Calif. - A woman was killed and a man was hospitalized after an SUV crashed through the front yard and into the garage of a Moreno Valley home late Monday night, officials said.

The incident was reported around 11:15 p.m. in the 11000 block of Indian Street near the intersection of Ironwood Avenue.

Riverside County sheriff’s officials said the driver of an SUV was traveling westbound on Indian St. when he crossed into the opposite lane and crashed through the fencing of the home and ended up between a pickup truck in the driveway and the garage.

Firefighters used the Jaws of Life to pull a man and a woman from the wreckage. The driver was rushed to a hospital, while the passenger was declared dead at the scene by authorities. 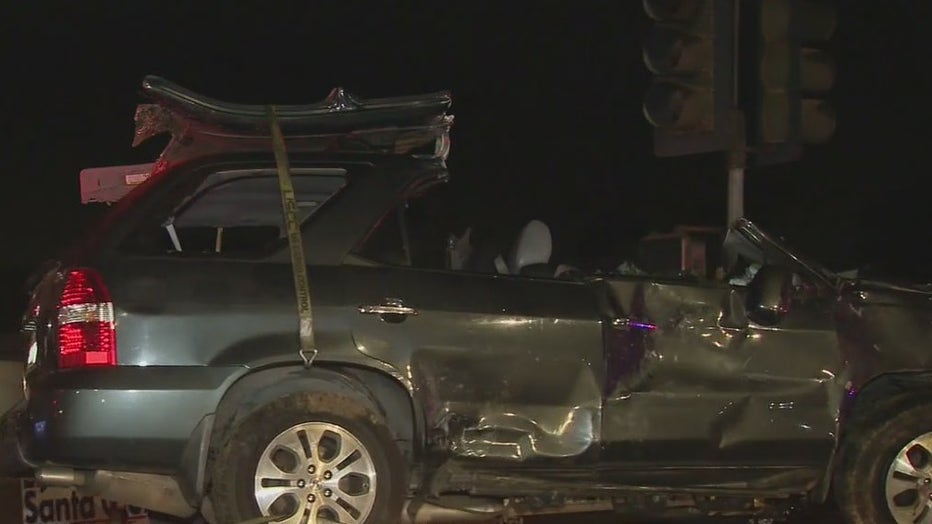 "I’m thankful that nobody else got hurt other than the people that were in there," she said. "If I could change things, nobody would’ve got hurt. It’s sad that the lady did lose her life. We have a lot of damage here and I don’t know how long it’s going to be until I get into my house."