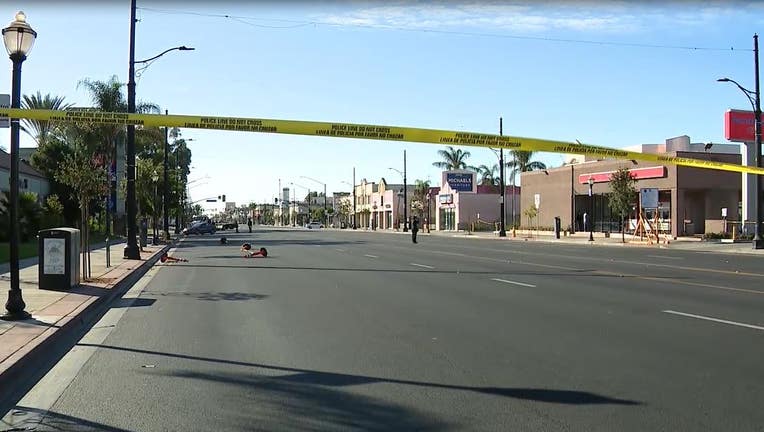 HUNTINGTON PARK, Calif. - A pedestrian has died after being struck by a vehicle Friday night in the area of Pacific Blvd near Belgrade Ave.

Officers responded to the scene around 10:45 p.m. and found a woman in her 20’s with serious injuries. She was transported to a hospital where she later died.

According to the Huntington Park Police Department it is believed the victim got out of a vehicle prior to being struck. They say two vehicles were on scene at the time of the crash, one stayed on scene while the other left the area.

Police say it is not known if the driver who hit the woman stayed on scene. It is believed the victim knew the occupants of both vehicles, police say.

Anyone with information is asked to contact Huntington Park police at 323-584-6254.