Two more victims of the Windsor Hills crash have been identified, and their families are speaking about how they learned the news.

As the community awaits official word on the identities of the remaining victims in last week's horrific Windsor Hills crash, families are starting to receive devastating news about their loved ones.

Jasmond Nelson had been following the coverage of the deadly crash that left multiple cars in flames. Nelson tells FOX 11 that she and her family found out days after the incident that her sister, 43-year-old Nathesha Lewis, was among those killed in the horrific crash.

"Initially, I looked att how the world looked at it," Nelson said. "This crash I saw in those burning cars. That was my sister burning." 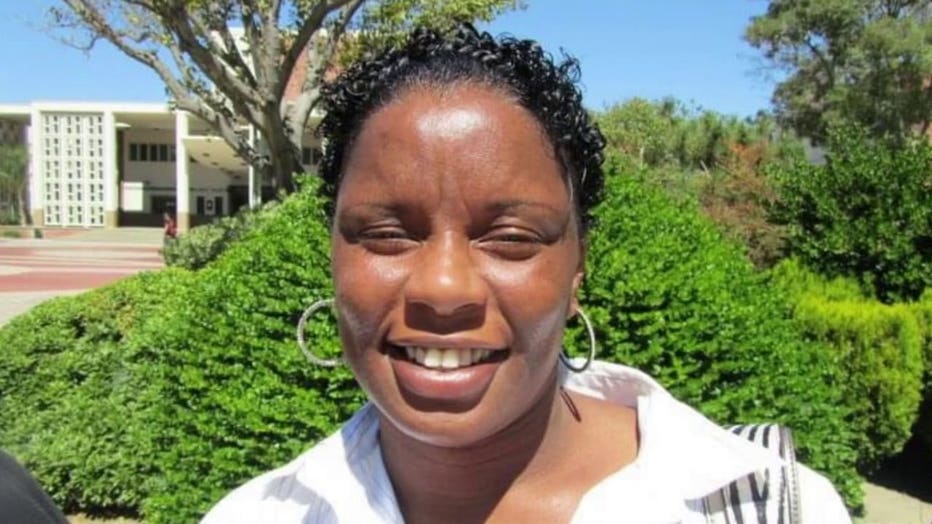 As of Wednesday night, officials have not formally announced that Lewis is among the crash victims. In addition to Lewis, the crash has also taken the lives of pregnant woman Asherey Ryan, Ryan's unborn child, Ryan's son Alonzo and Ryan's boyfriend Reynold Lester.

During Wednesday's memorial, one of the visitors paying respects to the crash victims told FOX 11 that their friend Lynette Noble was also killed in last week's incident. Like Lewis' family, Noble's loved ones had no idea about the woman's death until days after the crash happened.

"It's hard to deal with," said Robbie Cross. "Because we were not aware that our friend and her niece was in one of the cars that were hit. We came out here to support all the other families still not knowing. 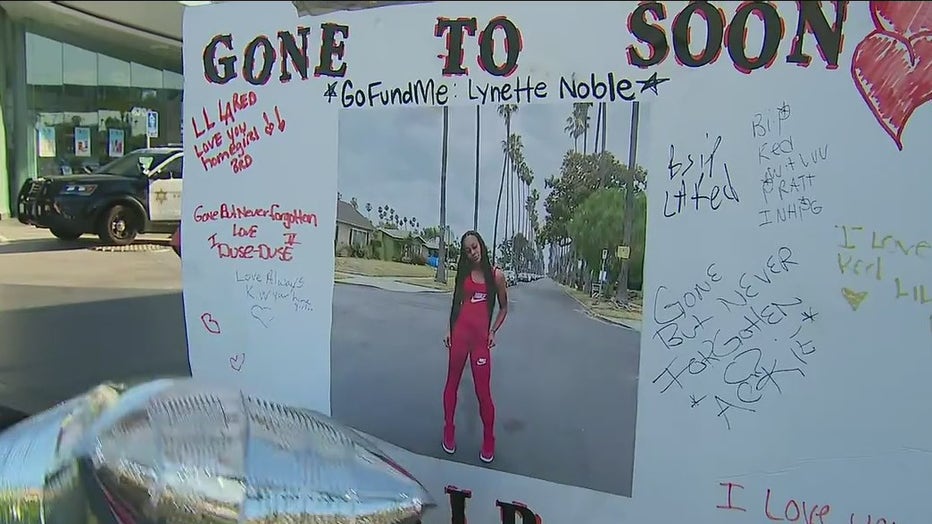 Loved ones tell FOX 11 that Lewis and Noble were best friends and both were inside one of the cars that were involved in the crash. As of Wednesday night, officials have not formally announced that Noble was among the crash victims.

Nicole Linton, the 37-year-old nurse who was accused of running through a red light and plowing through a busy intersection, is facing six counts of murder and five counts of gross vehicular manslaughter. If convicted, she could face life in prison.

A GoFundMe page has been launched for Lewis' grieving family. Those looking to help can click here.