Late Thursday evening, fire officials merge this fire with the Tick Fire burning just miles away in Canyon Country and referred to the Castaic fire as the Tick Branch 10 Fire. 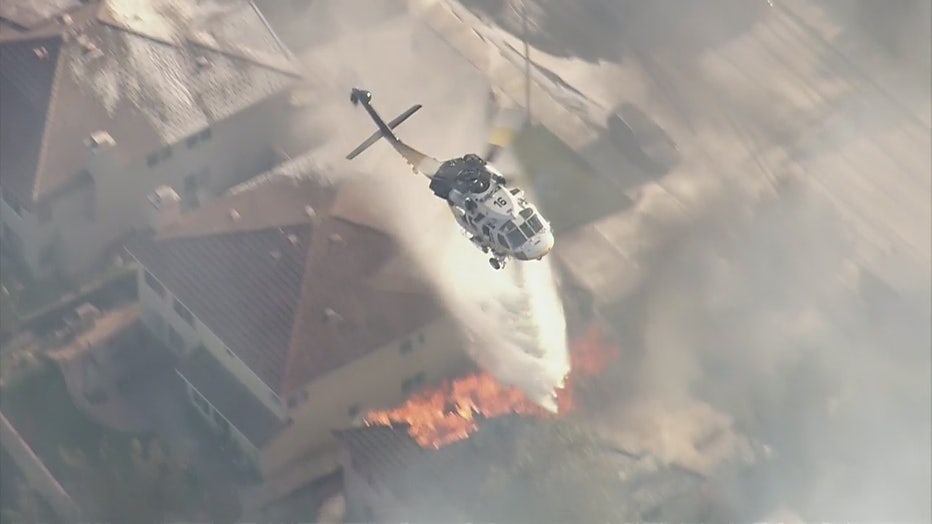 The Tick Branch 10 Fire erupted near the 5 Freeway and Lake Hughes Road.

It was not immediately known if there were any evacuations. At least one home was seen burning. 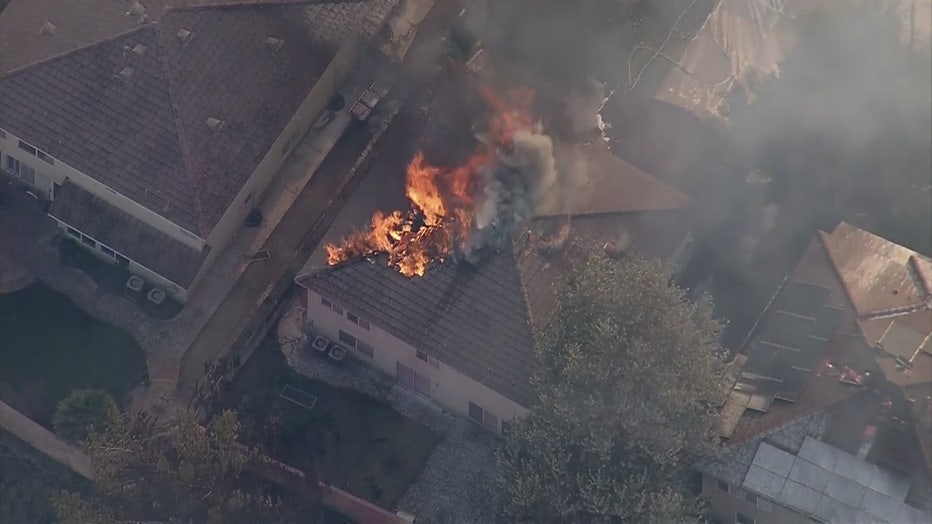 The southbound 5 Freeway was temporarily closed at Templin Highway but has since reopened. All northbound lanes reopened around 6:30 p.m.

Drivers can use westbound State Route 126 to U.S. Highway 101 as an alternate route. The sheriff’s office says the fires in Castaic and Valverde have been contained. Several deputies are leaving Castaic to help assist with the wildfire in Canyon Country.

All Castaic Union School District Schools and the District Office will be closed on Friday, Oct. 25 due to the fire.

L.A. County Sheriff's deputies rescued two dogs off of Old Road before the fire reached them and are now in care of the animal control. Deputies are looking for their owners and tweeted a photo.

The cause of the Tick Branch 10 Fire is under investigation.