Decades since its last eruption, people are coming from all over to get a look at Hawaii's Mauna Loa. Wendy Stovall with the USGS joined LiveNOW from FOX's Josh Breslow with the latest on the eruption.

Scientists were certain Hawaii’s Mauna Loa volcano would begin erupting again before the lava began to flow, but knowing when exactly it will stop can be harder to predict.

The volcano within Hawaii Volcanoes National Park started erupting on Nov. 27, and thus far, impacts have been far away from homes and businesses. As lava continues its slow advance down the mountain's northeast side, concerns are rising that crucial infrastructure could be in its path.

While tourists have flocked to Hawaii to see the dangerously beautiful scene, many want to know when Mauna Loa will stop actively erupting.

Predicting exactly when a volcano will begin erupting is an imperfect science. The same goes for when eruptions will stop.

Scientists use techniques including looking at a volcano's eruptive history, seismographic detections of earthquakes, and monitoring ground deformation and changes in gas emissions to predict when an eruption is impending. Earthquakes and tremors almost always happen before an eruption, according to the Smithsonian Global Volcanism Program.

Experts say looking at a volcano's history alone is not the best way to forecast when an eruption begins or ends because volcanoes have been around for tens of thousands of years before we were actively monitoring volcanic behavior.

According to NOAA's Global Monitoring Laboratory, Mauna Loa's last eruption in 1984 lasted three weeks. Similar to 1984, this latest eruption happened after earthquake activity beneath the volcano.

According to the U.S. Geological Survey, "increasing rates of earthquake activity and ground deformation on Mauna Loa began in late September, providing clues to the accumulating magma below the surface."

How long do volcanoes erupt? 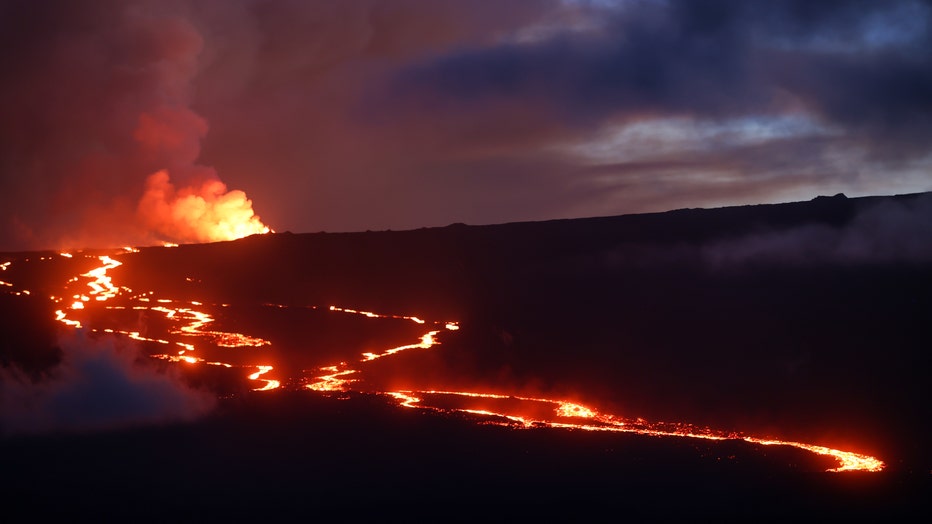 Some volcanoes erupt for months, years or, in the case of Guatemala's Santa Maria volcano, a century.

According to "Volcanoes of the World," 93% of volcano eruptions end within three years, 53% end within two months and 24% end within one week.

There are 40 to 50 active volcano eruptions around the world at any time, according to the Smithsonian's Global Volcanism Program and the US Geological Survey's Volcano Hazards Program.

WHAT MAKES 'PELE'S HAIR' DURING A VOLCANIC ERUPTION

Even as the largest active volcano in the world, Mauna Loa does not make it on the Global Volcanism Program's list of longest-running volcano eruptions of 5 years or more.

Mauna Loa has erupted 33 times since its first well-documented eruption in 1843, according to the USGS Hawaiian Volcano Observatory. 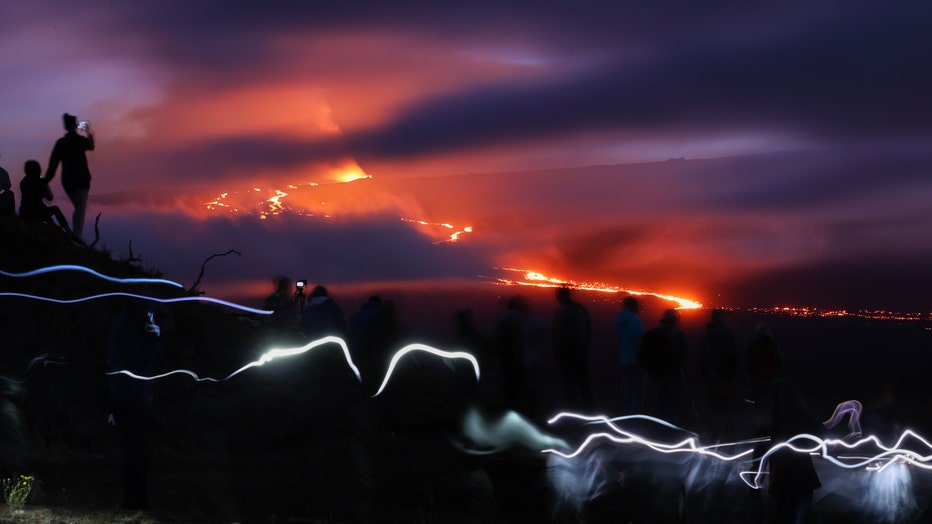 By dating the lava around Mauna Loa, scientists know 90% of the surface is covered by lava less than 4,000 years old. Lava from a 750-year eruptive period about 1,500 years ago covers about a quarter of the volcano's surface.

When is a volcano eruption declared officially over? 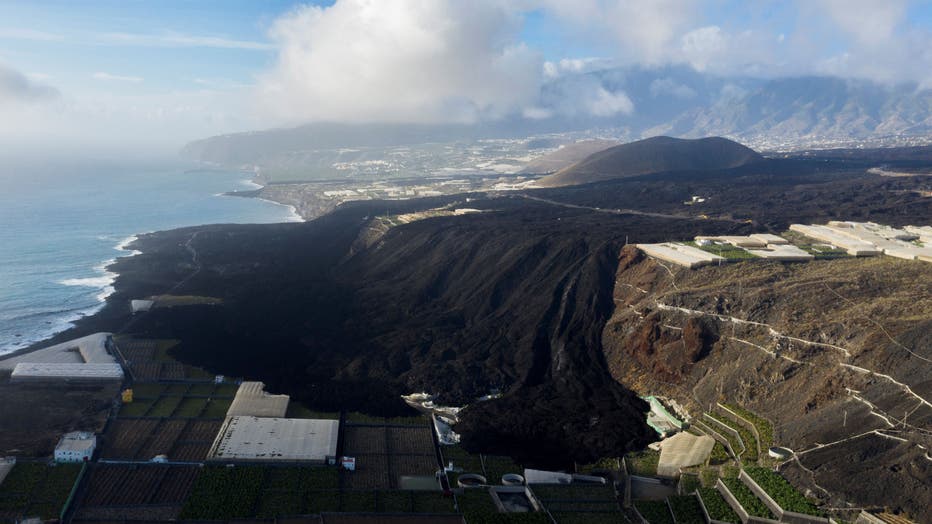 An aerial picture taken on September 12, 2022 shows streams of lava that cover an agricultural area near Puerto de Naos, on the Canary island of La Palma, one year after the eruption of the Tajogaite volcano, in the Cumbre Vieja mountain range. (Phot

An eruption starts when an opening in the Earth allows for lava and gas to be released from a volcano.

Volcanologists will continue to monitor lava flows, tremors and gas emissions to determine when the eruption has ended.

For example, the Cumbre Vieja volcanic eruption in Spain's Canary Island of La Palma was declared "over" in December 2021 after 10 days of no lava flows, seismic activity or sulfur dioxide emissions. Before it ended, lava flows from Cumbre Vieja destroyed nearly 3,000 buildings, according to the Global Volcanism Program.