Jurors in Harvey Weinstein's LA trial will be allowed to hear the details of an email sent to Weinstein by Gov. Gavin Newsom's wife Jennifer Siebel Newsom.

LOS ANGELES (AP) - Jurors in the trial of Harvey Weinstein will be allowed to hear that Jennifer Siebel Newsom, wife of California Gov. Gavin Newsom, emailed the movie magnate for advice about dealing with the media amid a scandal involving Gavin Newsom two years after Weinstein allegedly raped and sexually assaulted her, a judge ruled Monday.

The judge granted narrow permission to the defense to introduce evidence of the email sent to Weinstein in 2007, when Gavin Newsom was mayor of San Francisco and was dating Siebel Newsom.

But Los Angeles Superior Court Judge Lisa B. Lench forbid the defense from discussing the underlying issue behind the email — the revelation of an affair Newsom had had in 2005 with an aide. Lench called it "too tangential in relation to this trial." 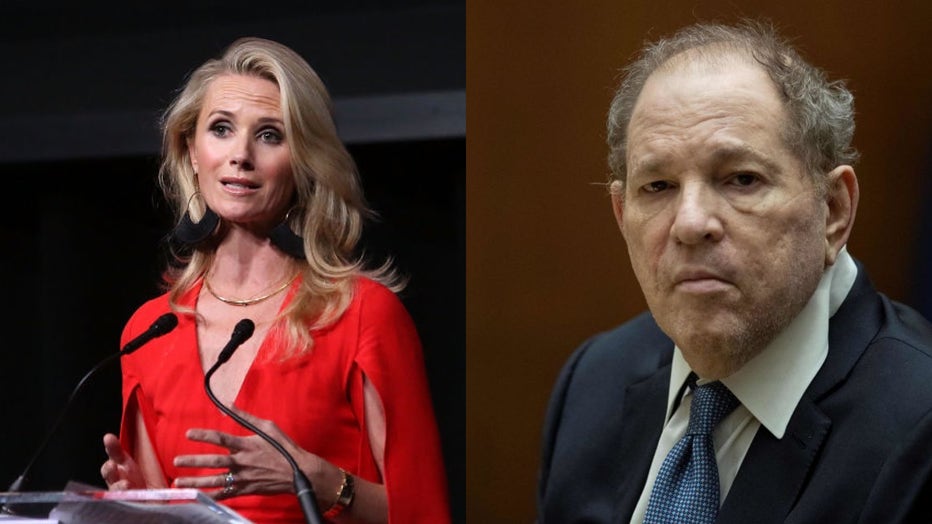 Weinstein attorney Mark Werksman argued adamantly for the inclusion of the details.

"Of all things you’d think a woman that is raped by Harvey Weinstein wouldn’t do, it’s ask him how to deal with a sex scandal," Werksman said.

Deputy District Attorney Marlene Martinez responded: "I’m not sure how Mr. Werksman knows" how a rape victim would behave.

"They do not react in a matter how someone who has not been raped would think," Martinez said.

Werksman argued that the contents of the email are essential, saying that for Siebel Newsom and the other accusers in the trial, the power dynamic with Weinstein was essential.

"When her boyfriend the mayor seduces an underling’s wife and gets scandalized over it," she sides with the mayor," he said, and suggested it was essential to Weinstein’s rights that the judge allow that line of questioning.

The judge suggested the attorney was overstating the case by saying Weinstein’s due process was at stake.

Weinstein is charged with raping Siebel Newsom at a Beverly Hills hotel in 2004 or 2005.

In all, he is charged with 11 counts of rape and sexual assault involving five women. He is already serving a 23-year prison sentence for a rape and sex assault conviction in New York.

Siebel Newsom, a documentary filmmaker and actor, began dating Gavin Newsom in 2006, and married him in 2008. He was elected governor in 2018.

The judge also ruled that the prosecution could play for jurors a secret recording that another forthcoming witness in the trial, Ambra Battilana Gutierrez, made of Weinstein in conjunction with New York police in 2015. In the recording, Weinstein apologized for his conduct in a previous meeting, where she said he had touched her thigh and grabbed her breasts.

Police investigated the incident, but prosecutors brought no charges — a decision that came under scrutiny in 2017 when a wave of allegations against Weinstein gave fuel to the #MeToo movement.

"It seems to me that to the extent that it constitutes an admission, that it is admissible," the judge said.

Deputy District Attorney Paul Thompson said he could play just a short excerpt from the recording, but after a discussion with the defense, the two sides agreed he should play all 43 minutes of it.

Gutierrez, an Italian model, is one of four women who have been allowed to testify at the trial about being sexually abused by Weinstein, though their allegations are not among those he is charged with.

The Associated Press does not typically name people who say they have been sexually abused unless they have come forward publicly, as Gutierrez has done.

Siebel Newsom’s identity was first reported by the Los Angeles Times, and her attorney has told the AP and other news outlets that she is among the women Weinstein is charged with sexually assaulting who will testify during the trial.

After a day and a half of arguing motions on what evidence will be heard during the trial, including one in which actor-director Mel Gibson was approved as a prosecution witness, the judge and jurors resumed jury selection in the afternoon.

Siebel Newsom came up again during the process.

"What if I told you that the governor’s wife is going to be one of those witnesses?" Weinstein attorney Alan Jackson asked the jury panel. "By the way she will be."

The jury panel already knew this from the juror questionnaire they filled out last week.

When asked if their opinion of the governor or his wife would affect their judgment, none said it would.

At least five jurors said they had never heard of the #MeToo movement when asked by Thompson.

Views were mixed on the movement among those who had strong feelings.

"I believe in the feminine voice being outspoken," one woman said.

Another woman said she didn’t have much respect for those who decided that "after 10 years, ‘oh this happened to me too.’"

"I think they’re looking for their 15 minutes of fame," she said.