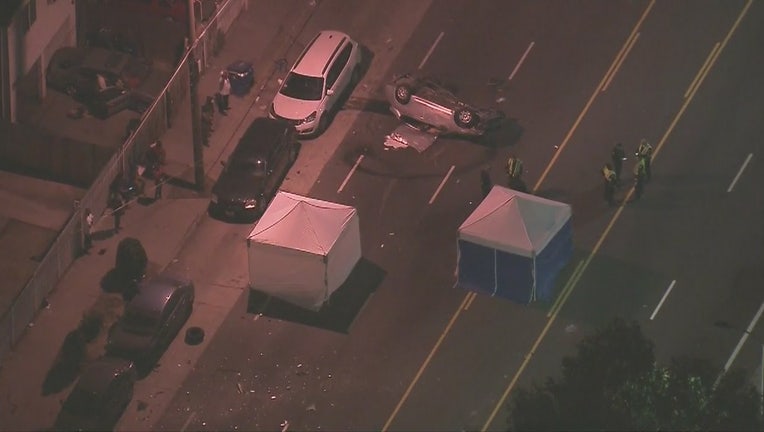 The crash occurred about 7:15 p.m. near Compton Boulevard and Imperial Highway, according to Officer Drake Madison of the Los Angeles Police Department.

Their names will be released pending notification of next of kin, according to the coroner's office.