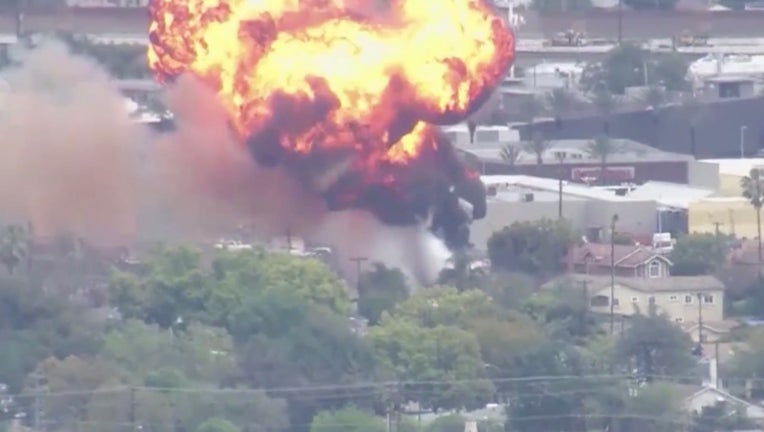 BURBANK, Calif. - Thankfully, no one was injured in an explosion that occurred at an electrical facility in Burbank Friday afternoon, fire authorities said.

The fire was reported just before noon at the Lincoln Switching Station located in the 1800 block of North Lincoln Street, according to Burbank police Sgt. Derek Green.

Green said firefighters were able to quickly extinguish the flames.

No one was injured in an explosion that occurred at an electrical facility in Burbank Friday afternoon, authorities said.

Officials closed off Pacific and Monterey avenues as a precaution, and also closed off or limited some residential streets off of Victory Boulevard.

Green said some power was interrupted as a result of the fire, but no widespread outage was reported.