When he turned 26, Josh Wilkerson aged out of his stepfather's insurance and was suddenly confronted with $1,200 copays for his monthly insulin.

BENTONVILLE, Ark. - Walmart announced that it will begin selling a less expensive version of analog insulin, saying it aims to "revolutionize" access and affordability of the diabetes drug for Americans.

The product, called ReliOn NovoLog, is a rapid-acting insulin analog used to control high blood sugar in both adults and children with diabetes. It will require a prescription from the patient’s doctor.

The retail giant said the analog insulin vials ($72.88) and FlexPen ($85.88) could save customers between 58% to 75% off the cash price of branded analog insulin products, or up to $101 per branded vial or $251 per package of branded, prefilled insulin pens. Walmart said the savings were calculated based on patients without prescription drug insurance.

Insulin varies by patient, as do costs depending on insurance coverage. 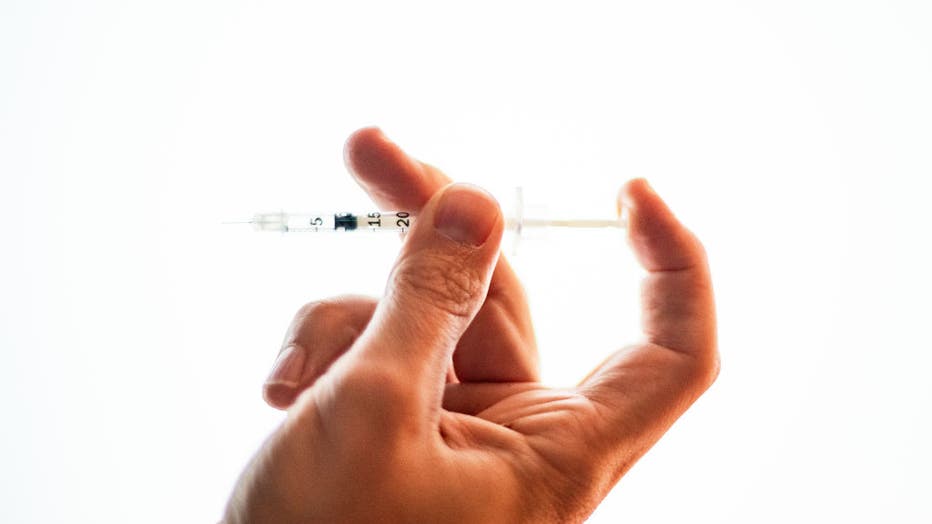 FILE - A person is pictured holding an insulin syringe used to treat diabetes in a file image dated Nov. 30, 2019, in Los Angeles, California. (Photo by John Fredricks/NurPhoto via Getty Images)

"We know many people with diabetes struggle to manage the financial burden of this condition, and we are focused on helping by providing affordable solutions. We also know this is a condition that disproportionately impacts underserved populations," Dr. Cheryl Pegus, Walmart Health & Wellness’ executive vice president, said in a statement.

The private-label version of its analog insulin is available at Walmart pharmacies starting this week. It will be available at its membership-based Sam’s Club pharmacies in mid-July, the company said.

Analog insulin, which was developed in the 1990s following the development of human insulin, is laboratory-grown and designed to mimic the body’s natural pattern of insulin release — resulting in a more predictable effect, according to the Diabetes Teaching Center at the University of California, San Francisco.

Roughly 34 million people, or just over 1 in 10 Americans, have diabetes, according to the American Diabetes Association. It is also the seventh leading cause of death in the U.S.

Study: Prediabetes is on the rise among American youth

Prediabetes is a condition that causes blood sugar levels to be elevated, and which places adolescents and young adults at an elevated risk of developing type 2 diabetes, chronic kidney disease and cardiovascular disease.

About 90% to 95% of people are diagnosed with type 2 diabetes, a condition in which the body doesn’t use insulin well and can’t keep blood sugar at normal levels. The U.S. Centers for Disease Control and Prevention says type 2 can sometimes be managed with healthy eating and exercise, while a doctor may prescribe insulin or other medications.

The less common form, type 1, is diagnosed in about 5% to 10% of diabetes patients. It is caused by an autoimmune reaction that destroys the cells in the pancreas that make insulin and is usually diagnosed in children, teenagers and young adults.

Diabetes is the most expensive chronic condition in the U.S. at $327 billion spent annually, the CDC says — with $1 out of every $4 in U.S. health care costs spent on diabetes patient care.

The high out-of-pocket costs have drawn scrutiny for years from patients, advocates and U.S. lawmakers.

In response to Walmart’s lower-priced version of fast-acting insulin, Eli Lilly CEO Ricks welcomed the new competition and said the company would keep looking for ways to cut insulin prices. The pharmaceutical company’s generic version costs nearly twice the price of Walmart’s at $137.35 per vial, according to the outlet.

"Any efforts to smash through that and deliver better value to patients, I’m for," Ricks told CNBC.

"We always look at new solutions ourselves, and this is an interesting development and we’ll look at further options," he continued. "If we can reach one more patient with more affordable insulin, we’re going to try to do that."

In 2006, Walmart began selling some generic prescription drugs for as low as $4.