SAN PEDRO, Calif. - The Vincent Thomas Bridge, that connects motorists between San Pedro and Long Beach, will undergo some renovations over the next few weeks, prompting full and partial closures.

The California Department of Transportation (Caltrans) says that the $4.8 million renovation will allow them to make some much-needed safety upgrades to the bridge, including replacing finger joints and removing metal plates on the bridge. 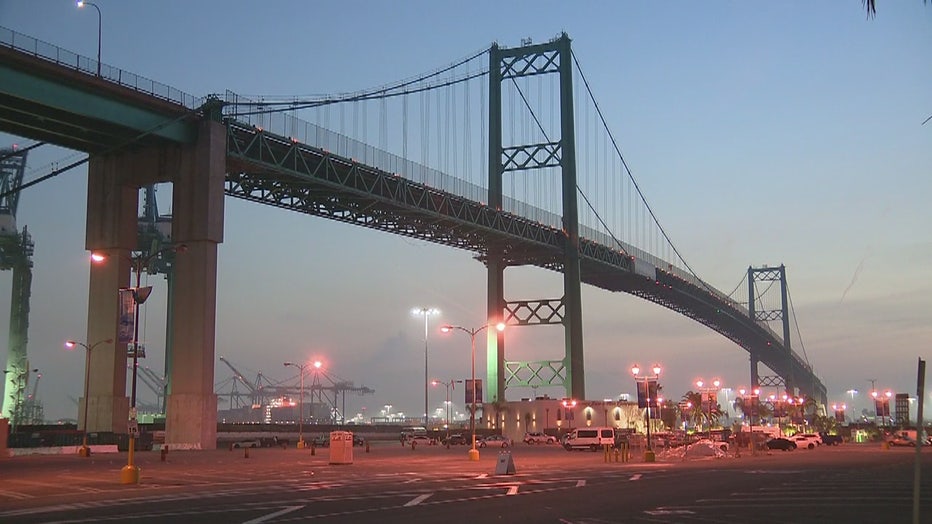 Caltrans will be closing the Vincent Thomas Bridge in both directions between Harbor Boulevard and Ferry Street on:

Caltrans was warning motorists to expect delays and strongly advised commuters to use alternate routes and avoid the area.

Caltrans reminds drivers to be “Work Zone Alert" and to "Slow for the Cone Zone."

The renovations are expected to be completed in February.