LOS ANGELES, Calif. (FOX 11) - A local business in Downtown LA's Fashion District is offering an elaborate arrest reward to whoever can help it identify a man seen on security footage escaping from the store with a broken ankle.

Warning, the footage showing his injury may be graphic.

In the video, the man appeared to wave at the security camera as he hopped out of the men's restroom on one foot.

It appeared initially that his right leg was broken, but he still managed to leave the scene of a burglary where he stole a $35 hat.

The hat belonged to Victor Perez, owner of Di SnapBack.

"He just got away with a hat. And that was it. For one hat all that show."

He said a thief fell dramatically before breaking into his men's clothing showroom located in the Fashion District.

Perez believed that man hopped through the window of the men's restroom on the fourth floor when he fell and injured his right ankle.

When he landed on the outdoor roof on the second floor, he continued with committing his crime.

"He came in with the broken ankle," Perez told reporter Leah Uko. "I assume broke the glass with one of those with the tube and got into the showroom, the office."

When Victor arrived to his office, he said the showroom was a mess and it was obvious the man rummaged through merchandise.

"I mean obviously he's damaged in the head. You're hurting. Get out of here."

After about an hour, the man did leave, but not through the front door.

"Escaped back in through the bathroom. Since he can't leave through the main door otherwise he would get arrested."

A second security camera shows the man hop out of the elevator with his right boot off exposing his ankle, which was rolling around detached from his leg.

He had an exchange with security guards. Perez said asked they man if he had stolen anything, but ultimately let him go -- all while still holding the stolen hat.

The footage shows a clear image of the man's outfit and distinctive bleached Mohawk.

"I mean obviously he has style right? He's Mohawk, and bleached hair, boots, I mean he doesn't look like he's need anything."

Victor said he didn't want the hat back, but he does want this man caught.

Di SnapBack is offering a year of free clothes to whoever helps identify the crook.

"I feel terrible to see someone to try to steal and then be hurt. But I definitely, you know, I don't like thieves." 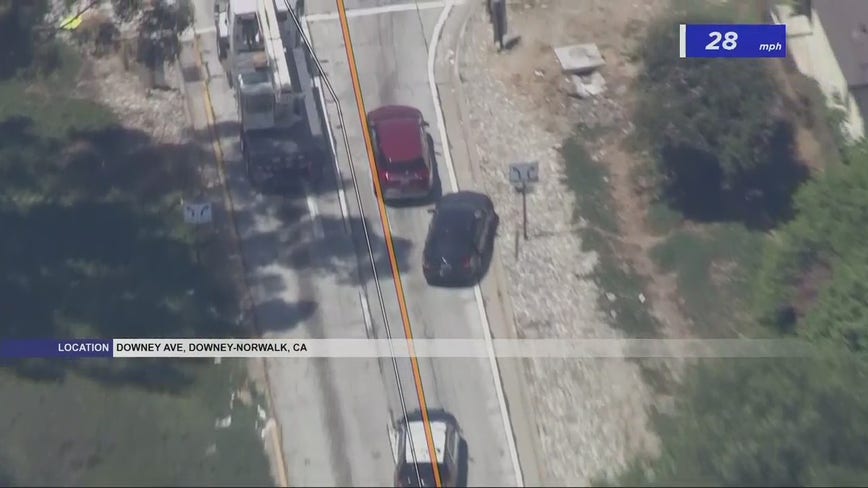