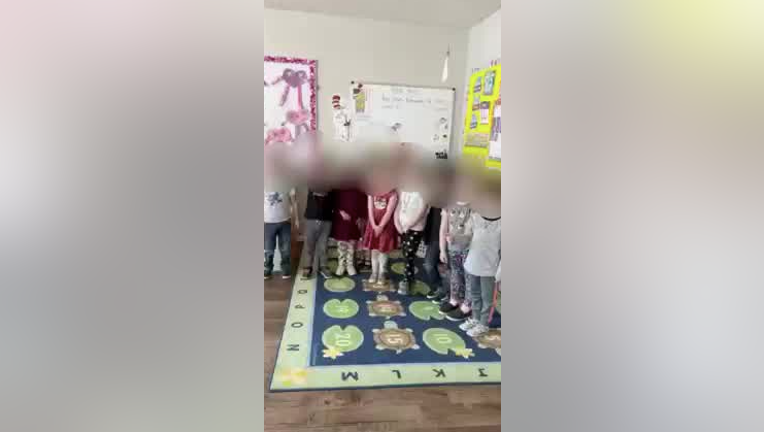 The video in Norco shows the unnamed teacher at Turning Point Christian School asking the 4- and 5-year-olds, "Who’s our president?"

When they answer in unison, "Biden," the teacher then asks, "What do we want to do with him?"

The students shout back, "We want him out!"

Parent Christina McFadden said the video from the President’s Day lesson was shared with parents through the school’s messaging app, before it was taken down.

Turning Point officials said in a statement to parents that the school was "sorry for any misunderstanding" caused by the video.

"Earlier today a video was posted that has since been deleted as it did not share our school and church philosophy of honoring and respecting authority including those in government positions," the school statement said.

School officials have not yet responded to a FOX 11 request for further comment.

McFadden said the teacher was spoken to, but it’s unclear what, if any, disciplinary action was taken against the teacher. She added that she has removed her daughter from the school.

"It doesn’t matter at this point what side of the fence you’re on. This can happen in your child’s classroom, and it is happening," she said.

Turning Point is a nonprofit Christian institution that offers a wide range of programs for preschool through sixth grade, according to its website.