Kanye West allegedly punches fan who asked for his autograph

Rapper Ye, formerly known as Kanye West, is under investigation following a violent altercation with a fan in downtown Los Angeles.

LOS ANGELES - Grammy Award-winning rapper Ye, formerly known as Kanye West, is under investigation after he allegedly punched a fan in the face who asked for his autograph in downtown Los Angeles early Thursday morning.

The rapper, who legally changed his name to Ye last year, is accused of punching a fan in the face while leaving a club early Thursday morning. The musician could face battery charges in the incident. 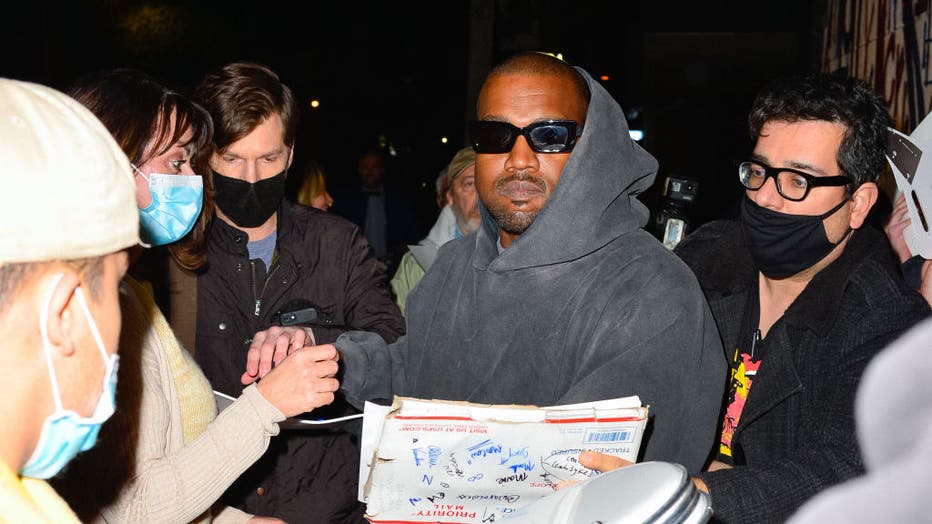 The alleged victim said that around 3 a.m., he spotted the Chicago native sitting in his car after leaving the SoHo Warehouse located near the intersection of Santa Fe Avenue and 7th Street. The venue is an exclusive members-only club that includes a rooftop bar and a restaurant.

The fan says when he approached Ye, the rapper jumped out of his car, punched him, and left the scene. The fan alleges he was punched so hard, he fell to the ground.

On Wednesday, Ye was announced as a headliner for this year’s Coachella Valley Music and Arts Festival, along with Billie Eilish and Harry Styles.

The 44-year-old musician is also in the midst of a high-profile divorce with Kim Kardashian. The two billionaires have four children.

It appears the two have moved on and are thriving separately. Kardashian is currently dating "Saturday Night Live" star Pete Davidson and he is dating Italian actress Julia Fox.

Ye was seen with Fox at the popular restaurant Delilah in West Hollywood hours before the alleged violent encounter.