WEST HOLLYWOOD, Calif. - Authorities and the owners of a West Hollywood jewelry store are hoping the public can help identify a burglary suspect caught on surveillance video.

The burglary took place at Georgiano Fine Jewelry & Watches on the 800 block of Huntley Drive, located near the intersection of Santa Monica and La Cienega boulevards, around 6 a.m. Sunday. The male suspect could be seen using a crowbar to break into the front door of the business and jumping over the counter before swiping several items. 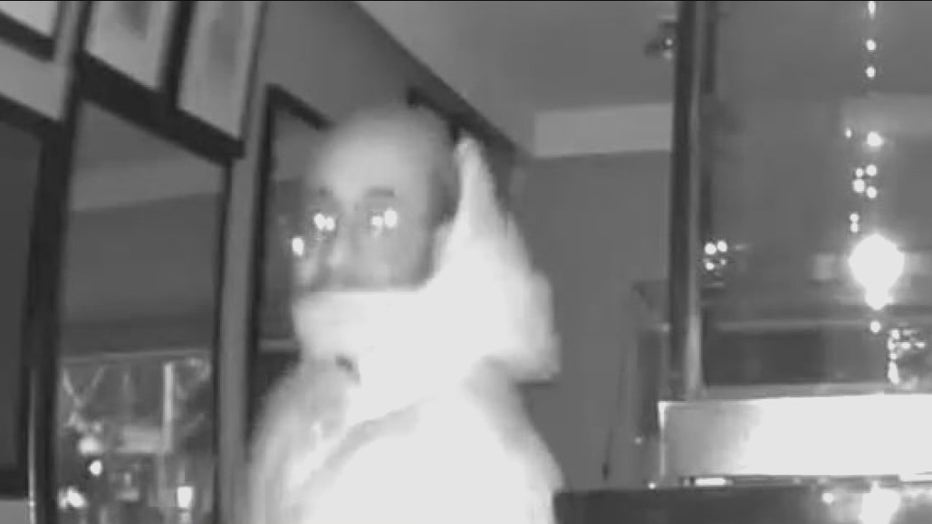 "I make everything by hand, so on my desk, I have a lot of pieces I was working on.  There were some pieces in my drawer, including my personal Rolex," said store owner Jean Georgian.

The owners say they were at the scene of the crime within 5 minutes of the alarms going off, while it took Sheriff’s deputies nearly 20 minutes to respond.

"Police took 18 minutes to come. After that they hassled me asking me all kinds of questions while the suspect was long gone," said Georgian.

An estimated $25,000 dollars worth of jewelry was stolen from the store.  One of the pieces taken during the burglary was a personalized wedding ring the owner had been working on for a customer.

The West Hollywood Sheriff’s station is investigating the incident with no suspect information being released.  The jewelry store owners have now taken to social media and posted pictures of the suspect in the glass storefront in hopes it will lead to an arrest.

"It is terrifying on top of everything to know that the police are not there to help us," said co-owner Argiro Veremis.

If anyone recognizes the burglary suspect they can call the West Hollywood Sheriff’s Station or "LA Crime Stoppers" by dialing 800-222-TIPS (8477), texting the letters TIPLA plus your tip to CRIMES (274637), or online.