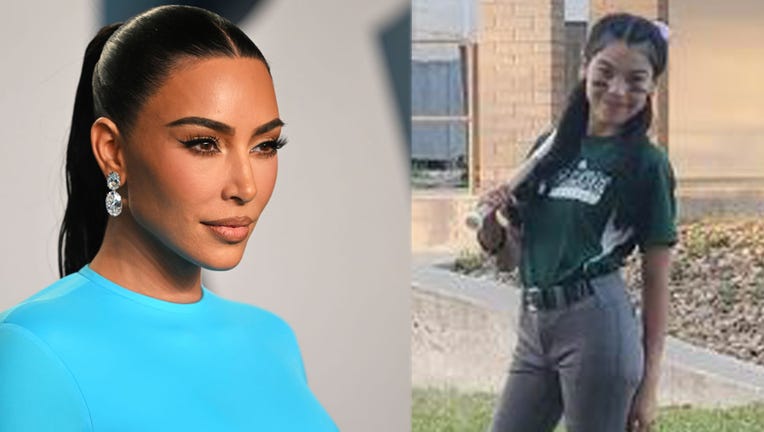 UVALDE, Texas - Despite help from public figures, including a plea from Kim Kardashian, the father of a girl killed in the Uvalde, Texas, school shooting was denied a request to temporarily leave prison to attend her funeral.

Eliahna Cruz Torres, 10, was among the 19 children killed by a gunman on May 24 at Robb Elementary School in the southwestern Texas town. Two teachers were also killed.

Torres’ father, 46-year-old Eli Torres, is incarcerated at McCreary United States Penitentiary, a federal prison in Kentucky, according to the Lexington Herald-Leader. Online prison records show that Torres was convicted of drug trafficking and conspiracy in 2013 in Del Rio, Texas, and is due to be released in February 2023.

Eliahna Torres’ family scheduled her funeral for Thursday at 11 a.m. local time. Eli Torres sought to have a compassionate release to attend the funeral, which was denied, according to Univision San Antonio reporter Lidia Terrazas.

Kentucky state Rep. Attica Scott then sent a letter to both President Joe Biden and Kentucky Gov. Andy Beshear asking for their help.

"Her family is desperately seeking a way to ensure that her father gets an opportunity to attend his daughter’s memorial ceremonies," Scott wrote in the letter. "They further said that Eliahna and her father were only one week away from having physical contact with each other before the shooting took place."

The Federal Bureau of Prisons did not immediately respond to a request for comment. In a statement to the Herald-Leader, it didn’t confirm any details from the reporting.

"For privacy, safety, and security reasons, the Bureau of Prisons (BOP) does not provide information on any individual inmate’s conditions of confinement to include compassionate release requests or a request for temporary release," Scott Taylor, a spokesperson for the Bureau of Prisons, told the local newspaper.

In a last-minute effort on the morning of Eliahna Torres’ funeral, Kim Kardashian posted about the Torres family’s situation and similarly asked the Federal Bureau of Prisons to grant Eli Torres’ temporary release. In recent years, Kardashian has become a notable advocate for criminal justice reform.

"This is Eliahana ‘Ellie’ Cruz Torres, 10 years old, and one of the 19 victims of the shooting in Uvalde, TX. Her family are desperately hoping that her father, who is incarcerated for a non-violent drug offense, be granted temporary release so that he can attend her funeral," Kardashian wrote in the post, alongside a photo of the young girl.

"So far their requests have been denied. I ask the Federal Bureau of Prisons to grant Eli Torres temporary release so that he can say his last goodbye to his baby girl. Every parent deserves that right," Kardashian added.

The Bureau of Prisons uses compassionate release in "particularly extraordinary or compelling circumstances which could not reasonably have been foreseen by the court at the time of sentencing."

The Uvalde school shooting was the United States’ deadliest school shooting in nearly a decade. The attacker, 18-year-old Salvador Ramos, shot his 66-year-old grandmother in the face at their Uvalde home, then fled in her truck as she summoned help, according to Gov. Greg Abbott, Texas Public Safety Director Steve McCraw and other officials.

A short distance away, Ramos crashed the truck outside the school, got out with an AR-15-style semi-automatic rifle, and eventually made it into the school. He charged into one classroom and began to kill.

He "barricaded himself by locking the door and just started shooting children and teachers that were inside that classroom," Lt. Christopher Olivarez of the Department of Public Safety previously told CNN.

But attention has also focused on the police response to the elementary shooting. The gunman spent roughly 80 minutes inside the school, and more than an hour passed from when the first officers followed him into the building and when he was killed by law enforcement, according to an official timeline.

Since the attack, law enforcement and state officials have struggled to present an accurate timeline and details of the event and how police responded, sometimes providing conflicting information or withdrawing some statements hours later.

A Texas law enforcement official presented the known timeline of the Uvalde school shooting and the 911 calls in a press briefing on May 27, 2022.

Much of the focus turned to school district police Chief Pete Arredondo in recent days after McCraw, the head of the Texas Department of Public Safety, said the chief believed the active shooting had turned into a hostage situation, and that he made the "wrong decision" to not order officers to breach the classroom as 911 calls were being made to the outside.

The tragedy rocked the Uvalde community, being forced to say goodbye to the children and their teachers, one heart-wrenching visitation, funeral and burial after another.

Eliahna Cruz Torres had "the most beautiful smile that could light up your soul," her family said in her obituary on the funeral home's website.

"She was a loving and compassionate person who loved to be silly," the obituary said. "Eliahna was a master of jests and loved making people laugh." 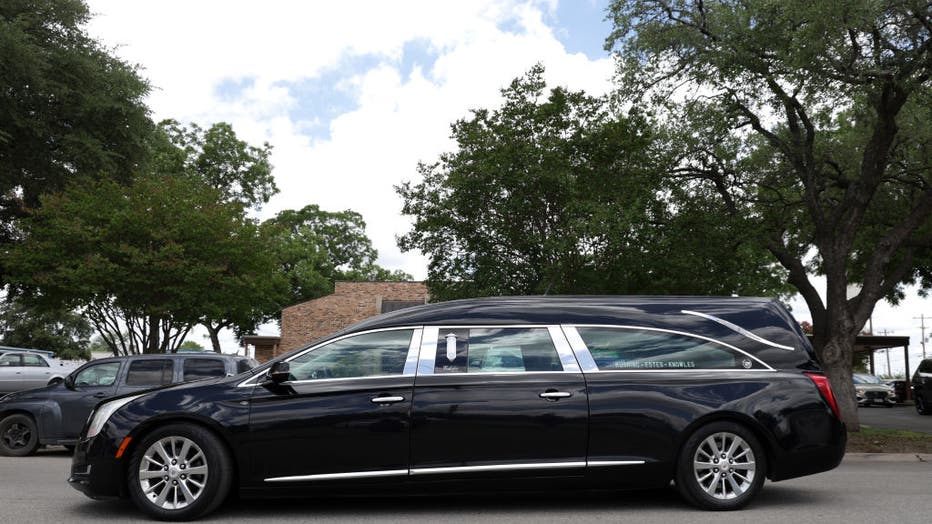 UVALDE, TEXAS - JUNE 02: The hearse transporting the casket of Eliahna Torres, one of the victims of the mass shooting at Robb Elementary School, leaves Rushing-Estes-Knowles Mortuary for the cemetery after her funeral on June 2, 2022, in Uvalde, Tex

Her family said she would spend hours watching TikTok videos, but she'd found a new passion — softball. She was hoping to make an all-star roster.

She worked to improve her hitting, practicing her swing with a ball her grandfather hung in her front yard outside the home she shared with her mother, aunt and grandparents, The New York Times reported. She responded to calls for her to come in for bed with, "One more."

Her family jokingly called her "enfermerita," or the little nurse. Her grandfather told The Times that after he had heart surgery a few years ago, Eliahna accompanied him on his doctor-prescribed walks, helping him to scoop up pecans that fell from the trees shading their neighborhood. She made sure her grandparents took their medications.

"At such a young age, she was nurturing and always putting others before herself," her obituary said.