LOS ANGELES - USC confirmed reports Sunday that they have finalized a deal with Oklahoma football coach Lincoln Riley to become the Trojans' next coach, the 30th in the university's history. 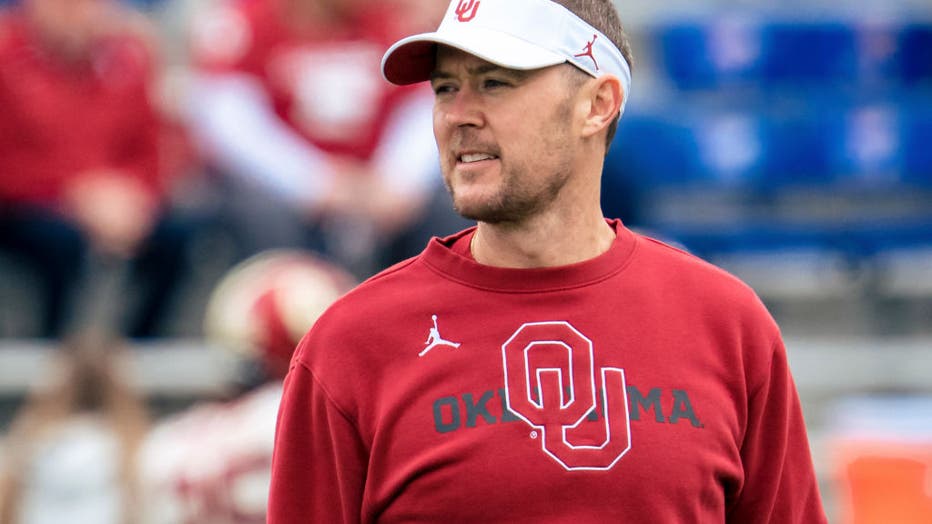 Earlier in the day, the Trojans canceled a scheduled Zoom media briefing with interim head coach Donte Williams that had been set for 4 p.m.

The Trojans, mired in a disappointing 4-7 season, have been searching for their next head coach since Athletic Director Mike Bohn fired Clay Helton on Sept. 13.

Riley is considered a surprise hire -- and a splash hire. Cincinnati's Luke Fickell, Baylor's Dave Aranda, Penn State's James Franklin and Iowa State's Matt Campbell were the names most often linked to the Trojans job in media speculation over the last couple of months.

USC has finalized a deal with Oklahoma football coach Lincoln Riley to become the Trojans' next coach.

But Riley brings impressive credentials and a prominent national reputation to Los Angeles. He is 55-10 as Oklahoma's head coach, with three College Football Playoff appearances and four Big 12 championships in his four full seasons in Norman. The Sooners are 10-2 this season.

Prior to taking the Sooners head coaching job in June 2017, Riley was an assistant coach at Texas Tech, East Carolina and Oklahoma.