A look at the history of the Secret Service

The U.S. Secret Service was originally established by President Abraham Lincoln in 1865 to suppress widespread counterfeiting.

WASHINGTON - The United States Secret Service on Monday marked 156 years since the federal law enforcement agency began, longevity that officials attributed to the organization’s "firm and unshakeable commitment" to its mission of protection.

Since its inception in 1865, the Secret Service has grown from a small bureau staffed by a few operatives to an organization of more than 7,000 employees globally. Its mission is both to protect the president, vice president and others, as well as to investigate crimes against the U.S. financial structure.

Secret Service Director James Murray credited the agency’s continuance to its ability to adapt to regularly emerging threats throughout history.

"We succeed because the women and men of the Secret Service are driven by a firm and unshakeable commitment to our core values of honesty, loyalty, duty, justice and courage," Murray said in a statement. "I’ll add one more – ‘relentless training.’ This is how we remain ever ready to take on the challenges of a rapidly changing threat landscape for the safety of the American people and the elected leaders we are sworn to protect."

President Abraham Lincoln established the Secret Service to suppress widespread counterfeiting, according to the organization.

At the time, it was estimated that nearly one-third of all circulating currency was fake. The U.S. was in need of a federal law enforcement agency "worthy of the public’s trust and confidence" to tackle the issue, which threatened to bring down the young nation’s financial system, the agency said.

After the assassination of President William McKinley in 1901, the Secret Service assumed full-time protection duties for U.S. presidents. 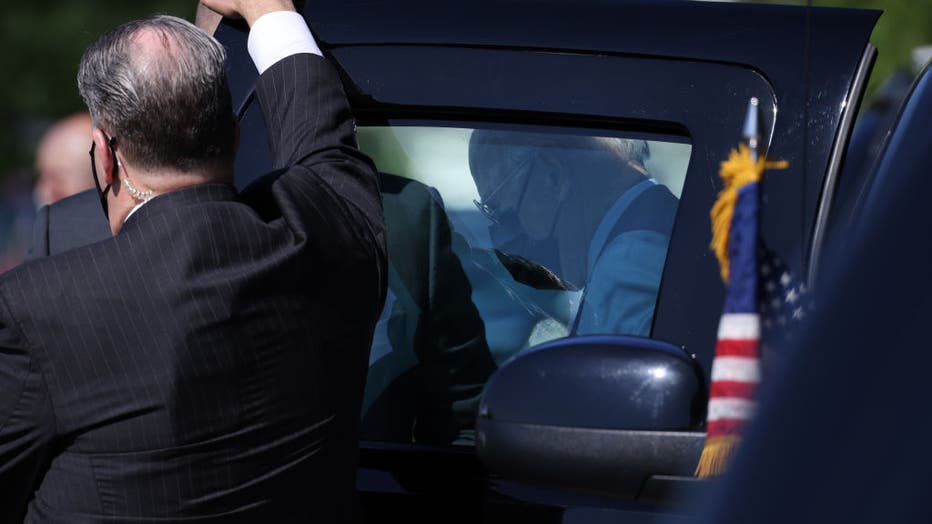 FILE - A Secret Service agent opens the car door for U.S. President Joe Biden before a departure from the Ellipse near the White House on May 18, 2021, in Washington, D.C. (Photo by Anna Moneymaker/Getty Images)

Some employees have been shot in the line of duty protecting presidents and other heads of government.

Over the years, the Secret Service’s protective mission has expanded under various executive orders and statutory changes. The Uniformed Division, which guards the White House complex and Naval Observatory, in 1970 also assumed responsibility for protecting foreign embassies and consulates in and around the Washington, D.C. area.

The most recent expansion of the Secret Service's protective mission occurred in 1998 when the Secret Service was established as the lead federal agency for coordinating and implementing security plans of "National Special Security Events" — such as presidential inaugurations, major political party conventions, major international and national sporting events and more.

The Secret Service is a competitive field. All agents are required to have either a four-year college degree or a combination of education and criminal investigative experience, be in a good physical condition and have a clean criminal record, according to its website.

After completing the first school, all Secret Service agents come to Washington, D.C., where they undergo 16 additional weeks of training. The second school is only attended by Secret Service agents and officers — where the curriculum is specific to counterfeit money and credit card fraud detection, physical protection and advanced driving techniques, according to the agency.

Beyond the initial schooling, Secret Service agents and officers continue to receive training throughout their careers.

"Through rigorous, ongoing training and advanced scholarly research, we remain an essential force in the national effort to protect U.S. and world leaders, and investigate a broad range of financial and cyber-enabled crime," Murray said.