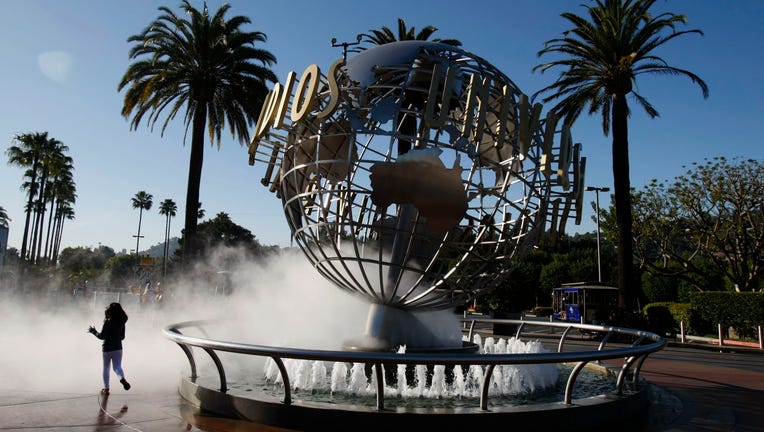 On a beautiful day in Southern California, Pammy Hamm, 6, runs through the spray at the entrance of Universal Studios Hollywood waiting for the park to open in Universal City, California on March 14, 2013. She was visiting along with her family from (Getty Images)

LOS ANGELES - Universal Studios Hollywood extended its closure through April 19 as a result of the current coronavirus pandemic sweeping the world.

"We continue to respond to current conditions and make the health and safety of team members and guests our top priority," officials wrote in a press release.

The closure applies to both Universal Studios Hollywood and Universal Orlando Resort as well as the Universal CityWalk at both destinations.

RELATED: Universal Studios Hollywood will close Saturday through end of the month

Park officials say they will continue to monitor the situation and make adjustments as needed, based on guidance from health agencies and government officials.