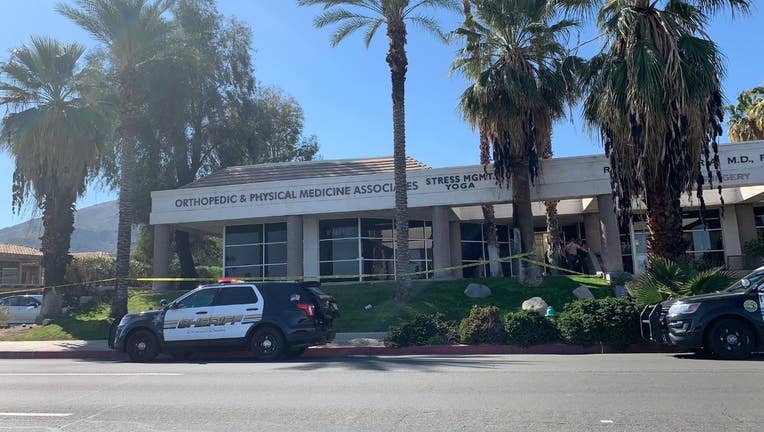 The shooting in Rancho Mirage appeared to be “an isolated incident,” the Riverside County Sheriff’s Department said in a tweet.

“There is no threat to the public and there are no outstanding suspects,” the department said.

The shooting occurred at late morning in a strip of businesses along State Route 111 in the desert community southeast of Palm Springs.

Sgt. Albert Martinez, a department spokesman, said deputies responded to a report of shots fired in the building and found the bodies, the Desert Sun newspaper reported.

Investigators did not immediately confirm the causes of the deaths, a motive or any relationship between the two, he said.

Workers huddled together outside a building containing medical suites. Franco D’Ambrosio said he was sitting in the building’s communal waiting room when he heard a shot and then maybe six more.

D’Ambrosio said he warned a nurse to not check out the noise and he then ran out to his car.

Several businesses in the area were shut down for hours as police investigated the scene.