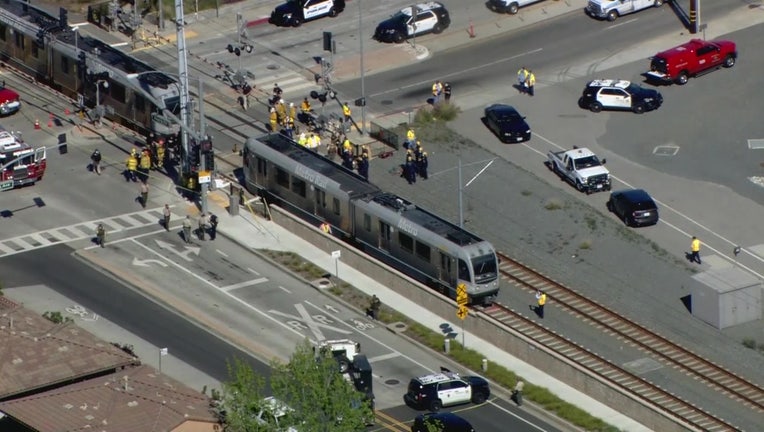 MONROVIA, Calif. - Two pedestrians, including a child, were killed after they were struck by a Metro train in Monrovia Wednesday morning, authorities said.

The fatal crash occurred around 8:45 a.m. near the intersection of California Avenue and Duarte Road.

The two victims were pronounced dead at the scene, according to Ramon Montenegro of the Los Angeles County Sheriff's Department Transit Services Bureau.

Their identities were not immediately available.

The train was operating on the L Line, formerly known as the Gold Line, and was going northbound from the Monrovia Station when it hit the pedestrians, Montenegro said.

Rail service was interrupted between the Monrovia and Duarte stations, and buses were being brought in to accommodate passengers, according to Metro.

Monrovia police were investigating the circumstances of the crash, assisted by personnel from the Sheriff's Transit Services Bureau and Metro.