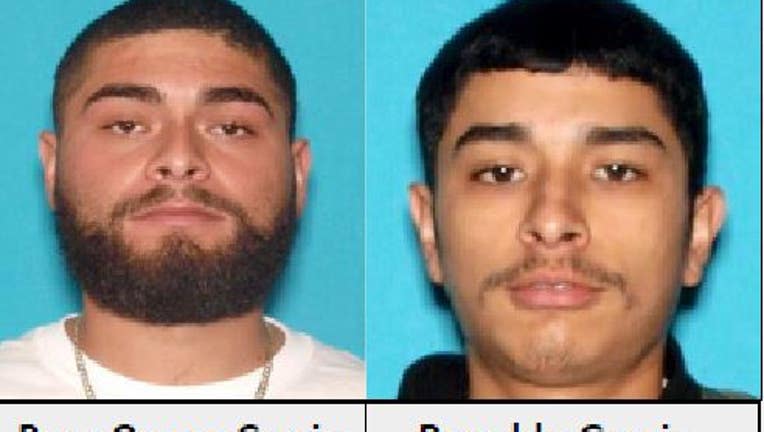 AZUSA, Calif. - Authorities are circulating the names and photographs of two brothers being sought as possible suspects in the shooting death of a
man in Azusa last month.

Alex Garcia, 22, was shot shortly before 6 p.m. on Nov. 1 as he sat in his car at 170 E. Payson St., according to the Los Angeles County Sheriff's Department. He died at a hospital.

Rene Orozco Garcia, 23, and Ronaldo Garcia, 20, have been identified as possible suspects and are wanted for questioning, according to a sheriff's statement.

The brothers are not related to the victim, said sheriff's Lt. Scott Hoglund, who declined to release other details of the crime, including a
possible motive.

The sheriff's department is assisting Azusa police in the investigation and asked anyone with information on the case to call the
Homicide Bureau at 323-890-5500, or Crime Stoppers at 800-222-TIPS.