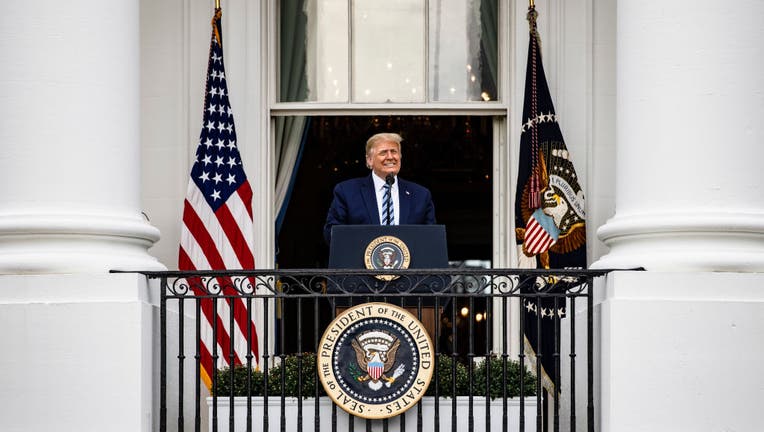 WASHINGTON, DC - OCTOBER 10: U.S. President Donald Trump addresses a rally in support of law and order on the South Lawn of the White House on October 10, 2020 in Washington, DC. President Trump invited over two thousand guests to hear him speak just

OAKLAND, Calif. - Donald Trump has had a complicated relationship with the state of California throughout his presidency.

The president said during a Monday morning Twitter rant that, "California is going to hell. Vote Trump!" He said his home state of New York was already there and implied that Illinois could be headed for eternal damnation unless they vote for him in the upcoming election, the New York Daily News reports.

In the past, Trump has criticized the Golden State for its "sanctuary" laws and policies that protect undocumented people. He even blamed California's historic wildfires on poor forest management, though environmentalists have said climate change is a driving force for the fires. And on numerous occasions he's taken swipes at Oakland, calling the city "violent" and compared it— and three other majority-minority cities — to "living in hell."

In May, after California Gov. Newsom announced that every registered voter in the state would receive a mail-in ballot for the election, President Trump lashed out on Twitter.

He falsely claimed that the state was "sending Ballots to millions of people, anyone living in the state, no matter who they are or how they got there, will get one."