Traffic was temporarily diverted at the Central Terminal Area of the Los Angeles International Airport Friday morning due to a security concern.

LOS ANGELES - Travelers were asked to pack their patience after traffic was temporarily diverted at Terminal 5 of the Los Angeles International Airport Friday morning. Officials said a suspicious vehicle prompted a security concern.

"Traffic in the Central Terminal Area is being diverted due to police activity. Please allow extra time when coming to the airport and follow direction from traffic officers," airport officials said in a tweet just before 6:45 a.m.

Video from FOX 11's LAX camera show traffic was at a complete standstill. 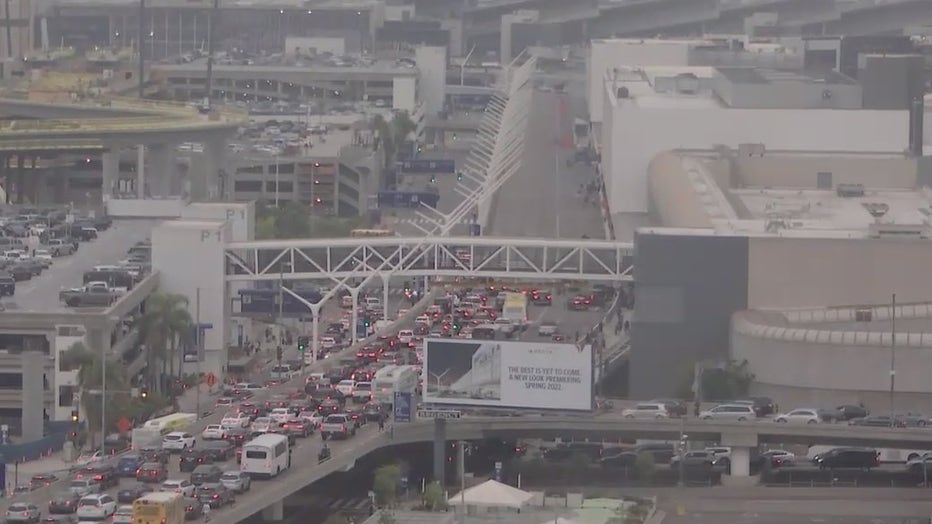 Traffic was reopened by 7 a.m. and passengers were asked to be "patient as LAX resumes normal operations." Some travelers abandoned their rideshares with hopes to catch their flight on time.

A traveler bound for Hawaii told FOX 11’s Hailey Winslow said he saw a "very long limo" being cleared out and a tow truck ready to take it away."

"It’s still pretty crowded. Everyone’s in line trying to check back or for Hawaii, get their wrist bands. So, it’s pretty backed up," the traveler said.

It was later confirmed a limo driver illegally parked the vehicle in the terminal area as he went to pick up passengers. He was ticketed following the chaotic incident, officials said.