With Christmas just around the corner, a toy drive is on for children whose parents are incarcerated.

LOS ANGELES - With Christmas just around the corner, a toy drive is underway for children whose parents are incarcerated.

The 3rd annual toy drive, sponsored by the nonprofit No More Locked Doors, will be held Saturday in Montclair.

People are asked to bring an unwrapped toy or gift card. 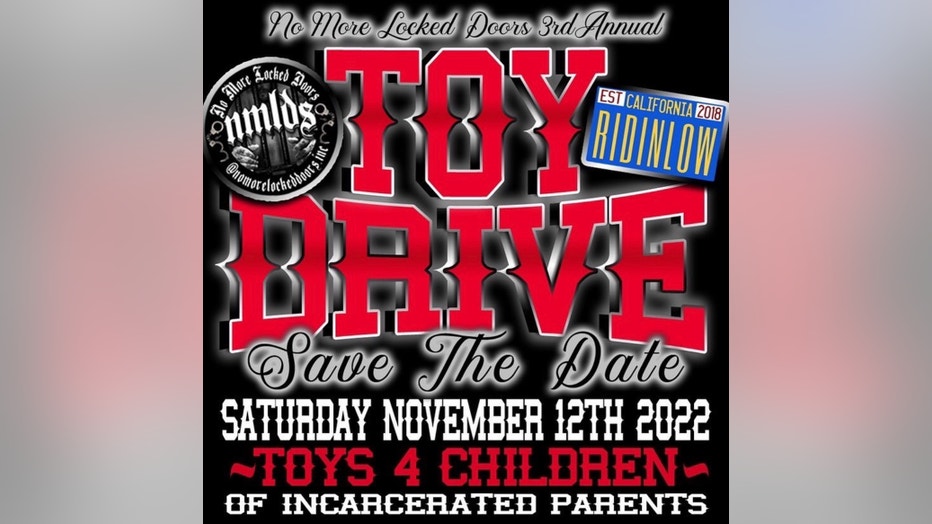 Its founder, Michael Monsivais, a father himself, turned his own life around after years in and out of prison. He says a holiday gift for children whose parent(s) are in prison has a greater message. He's hoping to deter kids from following the path he says he and his friends took when they were young and "from the neighborhood."

The toy drive will be held Nov. 12 from 8 to 10 a.m. at Arandas Tires and Wheels. Then there's entertainment and a car show until 5pm.