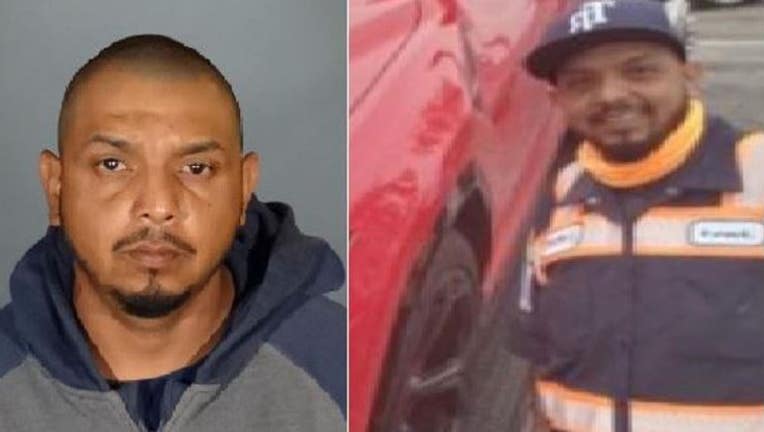 Javier "Turtle" Garcia, 35, surrendered to police on Tuesday and was booked on a felony hit-and-run charge, according to Los Angeles police- Central Traffic Division detectives.

Garcia is accused of striking 55-year-old Oswaldo Dominguez-Flores who was walking in the area of Broadway and 54th Street around 10 a.m. on Aug. 11.

Dominguez-Flores was dragged about 180 feet before he was dislodged from the white "wrecker" tow truck, police said.

Garcia posted bond and was released on Wednesday. The LAPD reported his bail was set at $80,000, but according to jail records his bail totaled $100,000. Garcia is scheduled to be arraigned on Dec. 30 at the downtown Clara Foltz courthouse, the LAPD said.

Detectives were still searching for the tow truck Garcia was driving. It is described as a 2003 to 2006 Chevy Wrecker tow truck. Garcia has refused to reveal where the truck is now and detectives are asking for the public's help to locate it. They were also searching for witnesses who may have seen the crash.