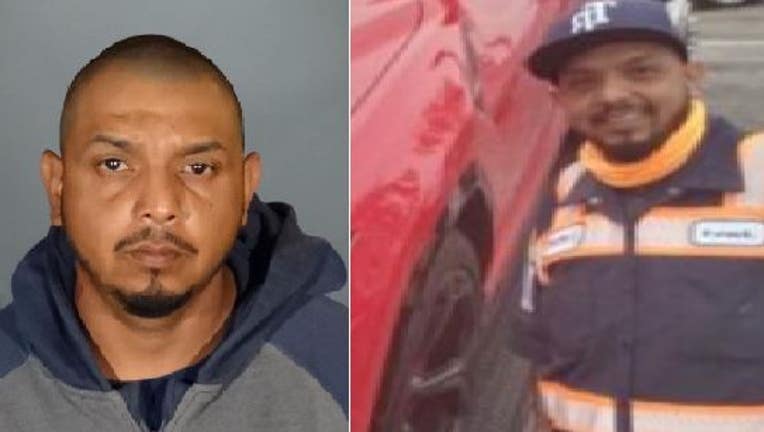 LOS ANGELES - Detectives with the Los Angeles Police Department have identified a person of interest wanted for questioning in a fatal hit-and-run in South LA.

Javier "Turtle" Garcia, 35, is wanted in connection with the fatal collision of Oswaldo Dominguez-Flores, 55, who was hit by a tow truck around 10 a.m. on Aug. 11 at Broadway and 54th Street, according to the Los Angeles Police Department.

According to police, Flores was crossing Broadway in a marked crosswalk, but was walking against a "Don't Walk" signal when he was struck.

He was dragged about 180 feet before he was dislodged from the white "wrecker" tow truck, police said.

The driver of the tow truck briefly stopped and fled the scene without rendering aid or identifying himself.

Police are asking for the public's help in locating Garcia and the tow truck. Garcia is described as Hispanic, 5 feet, 9 inches tall, weighs 215 pounds and has brown hair and eyes. He may still be working as a tow truck driver, police said.

A standing reward of up to $50,000 is available from the city of Los Angeles for assistance in solving a fatal hit-and-run.